The C&O Canal Trust is honored to have been awarded the Maryland Historical Trust’s Award for Project Excellence in Preservation Partnerships at last week’s Maryland Preservation Awards for our rehabilitation of Swains Lockhouse!

These awards recognize outstanding efforts in historic preservation, including education, restoration and revitalization projects, and organizational and individual leadership. The C&O Canal Trust shared the award with the C&O Canal National Historical Park, the C&O Canal Association, and the Friends of the Historic Great Falls Tavern, who all played an integral part in the rehabilitation project. 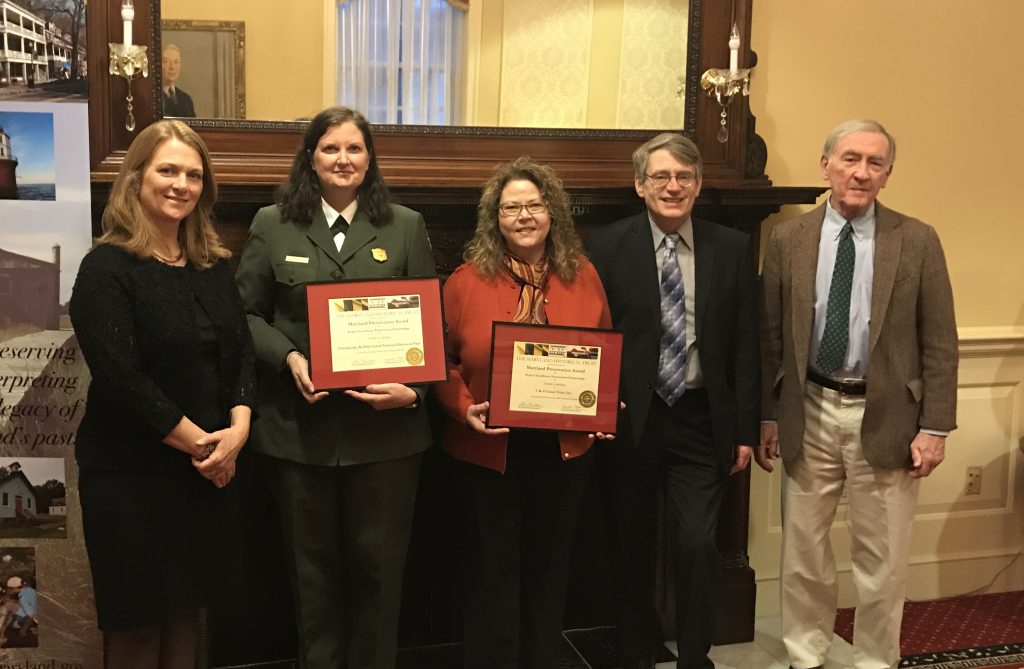 Swains Lockhouse, located at a popular entrance point to the C&O Canal National Historical Park at Lock 21 in Potomac, joined the C&O Canal Trust’s award-winning Canal Quarters program in July as the seventh lockhouse available to guests for overnight stays. Funded by both public and private dollars, construction work was completed by a contracting firm which removed the circa-2000 fixtures from the house. Workers installed a vapor barrier and insulation before updating the plumbing and electricity and adding drywall, flooring, and a new roof. An ADA-accessible bathroom and Murphy bed were installed on the first floor, making Swains the first lockhouse in the Canal Quarters program to be ADA-accessible. The house was then filled with antique furnishings and interprets 1916, the year the National Park Service was formed and the date when the C&O Canal was beginning to transition from a working canal to a recreational space. The Park Service’s interpretation rangers have developed content that teaches visitors about life in 1916, including scrapbooks and interactive exhibits. Photos and stories of the Swain family, after whom the lockhouse is named, are also featured.

The Swain family’s history is intertwined with the canal’s. Members of the family helped to build the canal in the nineteenth century, before operating shipping boats. They then took over as lock tenders living at Lockhouse 21 until the canal closed to boat traffic in 1924. They reinvented themselves at that time, opening a concession stand to rent boats and offer tours to visitors. They family lived at the lockhouse until 2006. 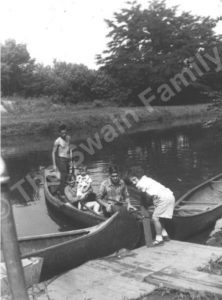 “The Swains project was truly a testament to the power of partnership,” said Trust President Robin Zanotti upon accepting the award. “Without each partner’s contributions, Lockhouse 21 would still be a shuttered shell. The iconic story of the Swain family and its long history with the canal would remain untold. Instead, this iconic piece of American and Maryland history has been saved.”

You can learn more about the Swains Lockhouse project here and can reserve your overnight stay here.

The Chesapeake & Ohio Canal National Historical Park also won an award for Outstanding Stewardship by a Government Agency for the rehabilitation of the Conococheague Aqeuduct.