What is a Canal Town?

Communities along the C&O Canal serve an important role for the C&O Canal National Historical Park’s trail users and thru- riders, who need places to sleep, refuel, shower, do repairs, and stock up on gear. But the canal towns aren’t just for hikers and cyclists – they are great venues for all visitors to experience the charms of the canal’s communities. A canal town can be a starting point for a day ride, hike, or paddle. Finish your day by visiting a local attraction and getting lunch or dinner at a local restaurant. Enjoy each town’s unique historic architecture, museums, and culture!

Each canal town’s history is deeply tied to the C&O Canal. The construction and growth of the canal during the nineteenth century brought industry to these towns, which inevitably led to a boom in growth. Inns, general stores, and restaurants were created to serve the people working and traveling on the canal. The Civil War impacted many of these towns as the Confederacy sought to damage the canal in order to stop the Union’s flow of supplies. Troops from both sides occupied many of the canal towns.

The decline and closing of the C&O Canal Company was followed by a similar decline in the fortunes of the industry-reliant canal towns. With the preservation of the canal as a National Historical Park, the canal towns now benefit from trail tourism as people come to enjoy the recreation and history of the region.

Find small town character and down home charm in Poolesville. Its Historic District contains many historic buildings and is listed on the National Register.

Brunswick was shaped by the B&O Railroad as much as the C&O Canal, as depicted in the Brunswick Heritage Museum. Brunswick is now a Main Street community and home to a unique mosaic mural depicting the Potomac River.

Harpers Ferry lies at the intersection of the C&O Canal, Harpers Ferry National Historical Park, and the midpoint of the Appalachian Trail. It is famous for John Brown’s raid in 1859 when he attempted to start a revolt of enslaved people in the South. During the Civil War, Harpers Ferry changed hands eight times due to its strategic importance on the B&O Railroad.

Bolivar (rhymes with Oliver) is adjacent to the town of Harpers Ferry and is surrounded by Harpers Ferry National Historical Park. The towns’ histories and present activities are interwoven.

The oldest town in West Virginia, Shepherdstown was voted one of the top 10 coolest small towns in 2013 by Budget Travel. Shepherdstown offers a unique shopping and dining experience – you will not find a single chain store in town. It is also home to Shepherd University, which each summer hosts the Contemporary American Theater Festival.

Williamsport is the functional mid-way point of the towpath and the only place in North America where you can see a lift bridge, a working aqueduct, a trolley barn, a turning basin, a lockhouse, and a lock in the same place. The Conococheague Aqueduct was restored in 2019 and is the only working aqueduct in the Park.

Located in the narrowest part of Maryland, Hancock is home to the Western Maryland Rail Trail, Fort Frederick State Park, and a historic tollhouse on National Road, the county’s first major improved highway.

About 15 miles upstream from Hancock, the Potomac River snakes back and forth in what is known as the Paw Paw Bends. In one of those bends lies the town of Paw Paw, West Virginia, named after the native fruit tree common in the area.

Nestled in the Allegheny Mountains, Cumberland is home to the Western Maryland Scenic Railroad, the terminus of the C&O Canal and the start of the Great Allegheny Passage which continues to Pittsburgh.

Read more about the Canal Towns 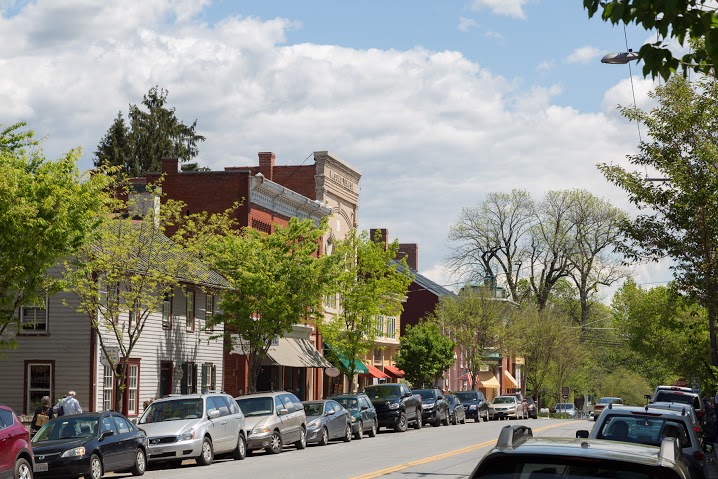 3 Ways to Support the Canal Towns 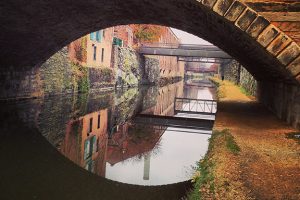 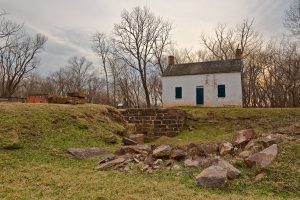 The Canal Towns Partnership is made up of volunteer representatives from each of the Canal Towns. The Partnership meets September through May on the second Wednesday of the month from 10am- 12pm in rotating Canal Towns. Sign up for our email newsletter below to receive meeting announcements.

View the Trail to History Brochures:

Stay up to date with the Canal Towns Partnership: