The birth of Canal Quarters

How did the rundown lockhouses along the Canal turn into Canal Quarters, an award-winning program that over 10,000 people have experienced? This week, we will take a look at the development of the program, which the Swains lockhouse will join after its rehab is complete. 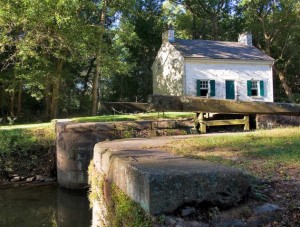 The Canal Quarters program was first conceived in 2007 by both the C&O Canal National Historical Park (NHP) and the C&O Canal Trust. With twenty-six historic lockhouse structures standing in the Park, the two groups were brainstorming ways to creatively utilize the buildings so they wouldn’t fall victim to the elements, mischief makers, or neglect.

The idea of preserving the structures and opening them for overnight stays solved multiple problems facing the group. Not only was it a way to rehabilitate the lockhouses, it also created a distinctive opportunity to provide immersive interpretation about the Canal to visitors. Additionally, for the newly-formed C&O Canal Trust, the project was a way to both increase its public profile and to establish a revenue stream. 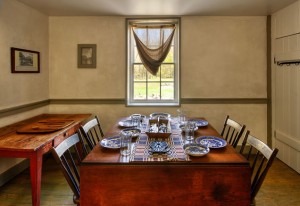 All twenty-six lockhouse structures were evaluated on a variety of criteria to determine their candidacy for rehabilitation. Staff members considered the current conditions of the structure, whether the lockhouses already had water and electricity, their accessibility potential, their distance from Canal Towns or other Canal features, their parking options, and more. Lockhouses 6, 10, 22, 25, 28, and 49 were selected as the most viable options; the program was named “Canal Quarters”; and work began on their transformation.

The C&O Canal NHP assumed responsibility for rehabilitating the selected structures, including all preservation work, to ensure the buildings were safe for inhabitants. (See how we are preserving Swains Lockhouse here.) They also designated an interpretive theme and time period for each lockhouse and developed educational panels, pictures, and books to communicate the theme to visitors. 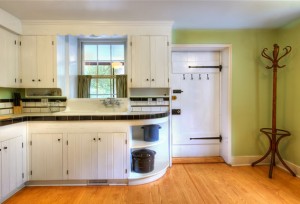 The time periods and interpretive themes of the six existing Canal Quarters lockhouses are as follows:

How do we choose the furnishings for each lockhouse to make sure they convey the theme and time period? Find out here!