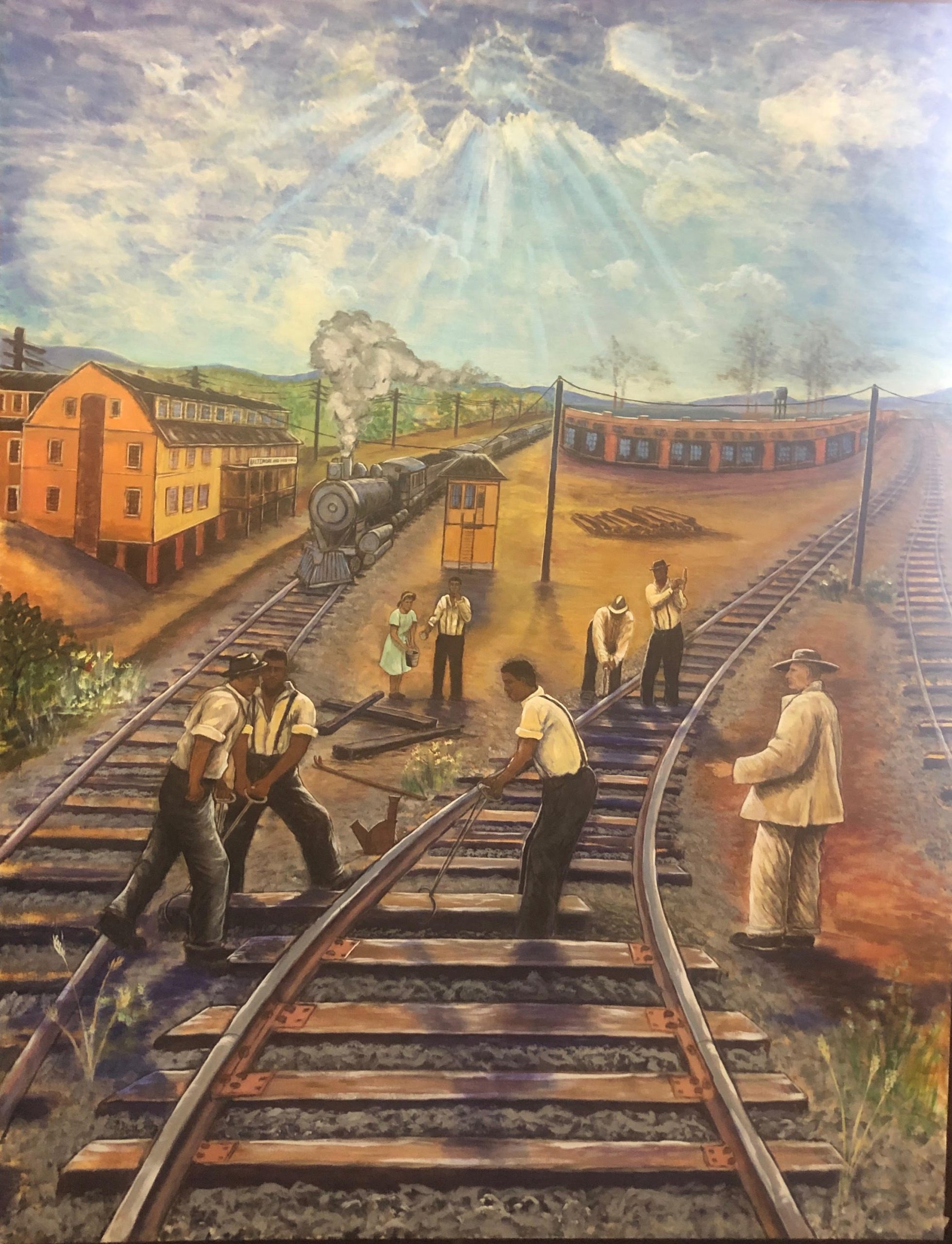 The first floor of the museum traces the history of the C&O Canal, from its groundbreaking in 1828 to the land becoming a National Historical Park in 1971. Visitors can learn how canal locks work and compare what it was like to work for the C&O versus the B&O. 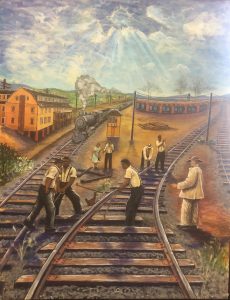 The second floor of the museum depicts how people in Brunswick lived and worked over the years. Carl Butler, whose grandfather was the first black fireman in Brunswick, created a painting of African Americans in Brunswick working in the railroad freight yards, which hangs in the museum. 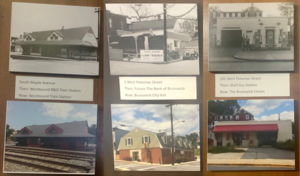 Original photos of buildings in Brunswick from the Myer Kapton photograph collection, of over 2,200 photographs taken between 1940 and 1978. The “now” photos were taken by museum volunteers.

Photos of Brunswick “then” and “now” show how the town has changed. The train yard is now the commuter parking lot; a gas station is now the Brunswick Citizen; a bank is now town hall. Just a few feet away from the museum, you can see some of these buildings and picture them as a gas station, bank, and train yard. 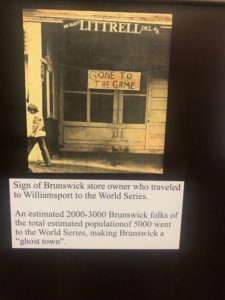 Part of the baseball exhibit.

Baseball has been — and continues to be — important to the Brunswick community. The Brunswick Railroaders Little League statistics from 1986 hang next to current pictures of the Brunswick team in the Little League World Series.  In 1986, when the Railroaders made it to the world series, over half the town travelled to see it, leaving a ghost town. Although the team ultimately lost, they put Brunswick on the map.

The third floor is the pinnacle of the museum. A model train set depicting the line between Brunswick and Union Station during the 1960s takes up the entire room. The Brunswick train yard is the largest part of the set, which was an accurate depiction of Brunswick until the 1980s when most of the trains moved to Cumberland. Before it was a museum, this room was used as a dance hall for the Lions Club. The museum boasts of having had country music star Patsy Cline as a performer in the 1960s. 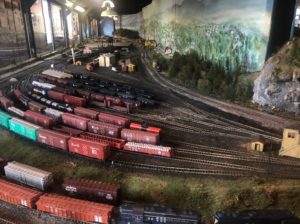 The characters on the set are depicted in activities like repairing a roof, putting out a fire, going to the fair, or kayaking. No matter how many times you have been to the museum, it would be almost impossible not to see something new in the train set. If you live near any of the stops on the B&O, like Gaithersburg, Rockville, or Silver Spring, you can compare the 1960s depiction on the train model to your city now.

Because the museum is run by volunteers and donations, it has limited hours. Visit the museum Thursday and Friday 10am-2pm, Saturday 10am-4pm, Sunday 1pm-4pm. Learn more about the museum here.