History of the Conococheague Aqueduct 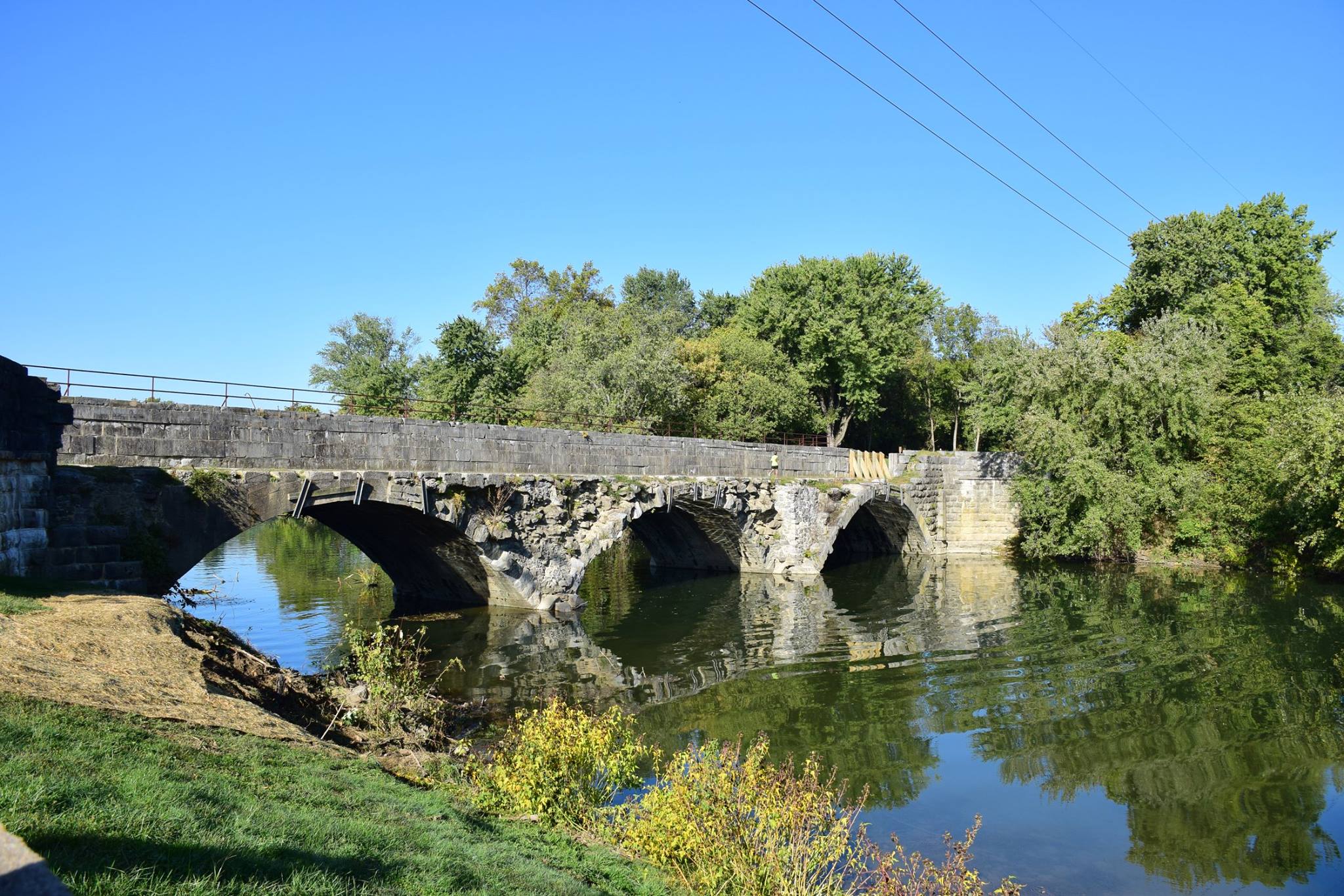 The rehabilitation of the Conococheague Aqueduct in Williamsport has begun — you can learn more here! We thought it would be appropriate to take a look at the history of the aqueduct as it enters a new phase of its life.

On April 29, 1920, the berm wall of the Conococheague Aqueduct collapsed and a canal boat plunged into the creek below.  It was not the first time that the aqueduct’s wall had given way.

The Conococheague Aqueduct was the fifth of eleven stone aqueducts that the C&O Canal Company built to take the waterway over tributaries of the Potomac. It consisted of three 60-foot arches and, at 210 feet, was the second largest aqueduct on the canal.

During the Civil War, military forces tried to destroy the aqueduct. Two attempts were significant. On June 15, 1863, Confederate troops began to cross the Potomac River into Maryland. Crews tore out the four corners of the aqueduct down to the bottom of the canal and removed enough stone to create a ten-foot gap in one of the arches. Other attempts took place during the Confederate invasions of Maryland during the summer of 1864. Again the aqueduct was damaged, although less extensively than in 1863.

On March 6, 1865, as the war drew to a close, the berm wall of the Conococheague Aqueduct collapsed for the first time. An official explained that there had been a crack in the masonry before the war, and that blasting by the Confederates and the winter freeze had likely caused the wall to topple. The aqueduct was restored with a wooden trunk until the wall was rebuilt with masonry in 1871.

Another partial collapse of the aqueduct wall occurred less than a decade later. On March 11, 1877 a twenty foot section of the berm wall fell. The Hagerstown Mail reported that the canal company expected to complete the repairs in about ten days.

Finally, on April 29, 1920, Boat Number 73, piloted by Captain Frank Myers, was in the aqueduct when the berm side wall wavered and collapsed, and the boat was swept into the creek. As the wall began to give way, Myers called for his tow boy to unhitch the mules and leapt onto the eastern parapet, which remained intact. After the accident, the canal company replaced the wall with a wooden trunk. During the remaining four years of the canal’s use, the wooden wall remained in place. Since that time, the wood has rotted away, leaving the majestic structure without one of the essential features of an aqueduct.

The restoration of the Conococheague Aqueduct officially commenced on May 5, 2017 with a ground breaking ceremony at Williamsport. When completed, the renovation will return the aqueduct to its appearance in 1920 after the installation of the wooden trunk, displaying one of the practical cost-saving measures that the canal company sometimes utilized to keep the boats moving in a highly competitive economic environment. The restored aqueduct will also serve as a reminder of the importance that Williamsport and the C&O Canal played in this nation’s history.