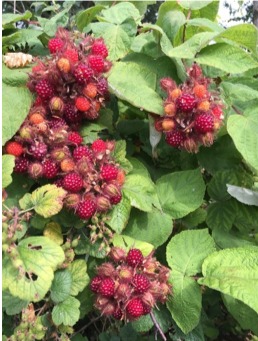 One of the most common threats to the natural ecosystems of the C&O Canal National Historical Park are invasive plant species. Invasive species are not native to the area and have a negative impact on the surrounding ecosystem. Many invasive plant species not only outcompete the native plants, but they have little to no native predators, allowing invasives to thrive and spread in the Park.

The C&O Canal spans 184.5 miles from Georgetown to Cumberland along the Potomac River, providing a wide array of habitat for over 1,500 plant species. Managing invasive plant populations is crucial to protecting native populations and promoting a healthy Park ecosystem. Some of the common invasive species found in the Park include Garlic Mustard (Alliaria petiolate) and Wineberry (Rubus phoenicolasius). Garlic mustard spreads via hundreds of seeds that get released as the plant matures. The low growing, dense patches form large groups and choke out most nearby vegetation, limiting the native species that can grow nearby. Wineberry forms dense thickets that have prolific rooting systems, and can take over an entire region. The berries produced during summer are a tasty treat for many birds and mammals, which facilitates its spread through undigested seeds. 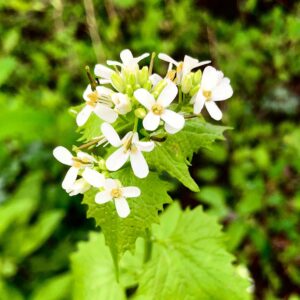 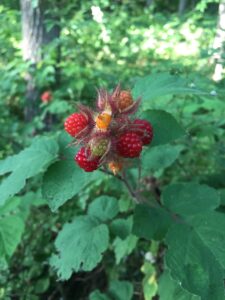 By pulling invasive species and planting natives in their place, you can make a difference at home or in public areas through community planting. Native plants not only provide great habitat for our native fauna, but they have additional environmental benefits that protect our waterways. Native plants tend to use more water when it rains, despite often being drought tolerant. This allows more water to infiltrate when it rains, instead of washing directly into a sewer system or water body. They also have root systems that can hold soil more efficiently than many of the invasive species that line stream banks. This helps prevent erosion, which keeps land intact and prevents excess sediment from washing into nearby streams and rivers. The fight against invasive species can start at home and have a direct impact on the surrounding environment while inspiring action in the community. If you are considering landscaping your yard in the future, consider planting native shrubs and flowers. Even if you are able to contain the spread of these species in your yards, don’t forget that many of these invasives are experts at seed dispersal and will travel by wind, water, or mammal! To learn more about the plant species native to this area, visit the Maryland Native Plant Society at https://mdflora.org/.

Within the Park, some of this important management of invasive species happens with the help of volunteer Weed Warriors, who are specifically trained in the identification and removal of invasive species. There are several programs that offer training on becoming a Weed Warrior and general information about invasive species in the state of Maryland. To get involved and wage a fight against these pesky species, visit the Montgomery County Weed Warriors program at https://www.montgomeryparks.org/caring-for-our-parks/natural-spaces/weed-warriors/ or the Maryland Master Naturalist Program at https://extension.umd.edu/masternaturalist.