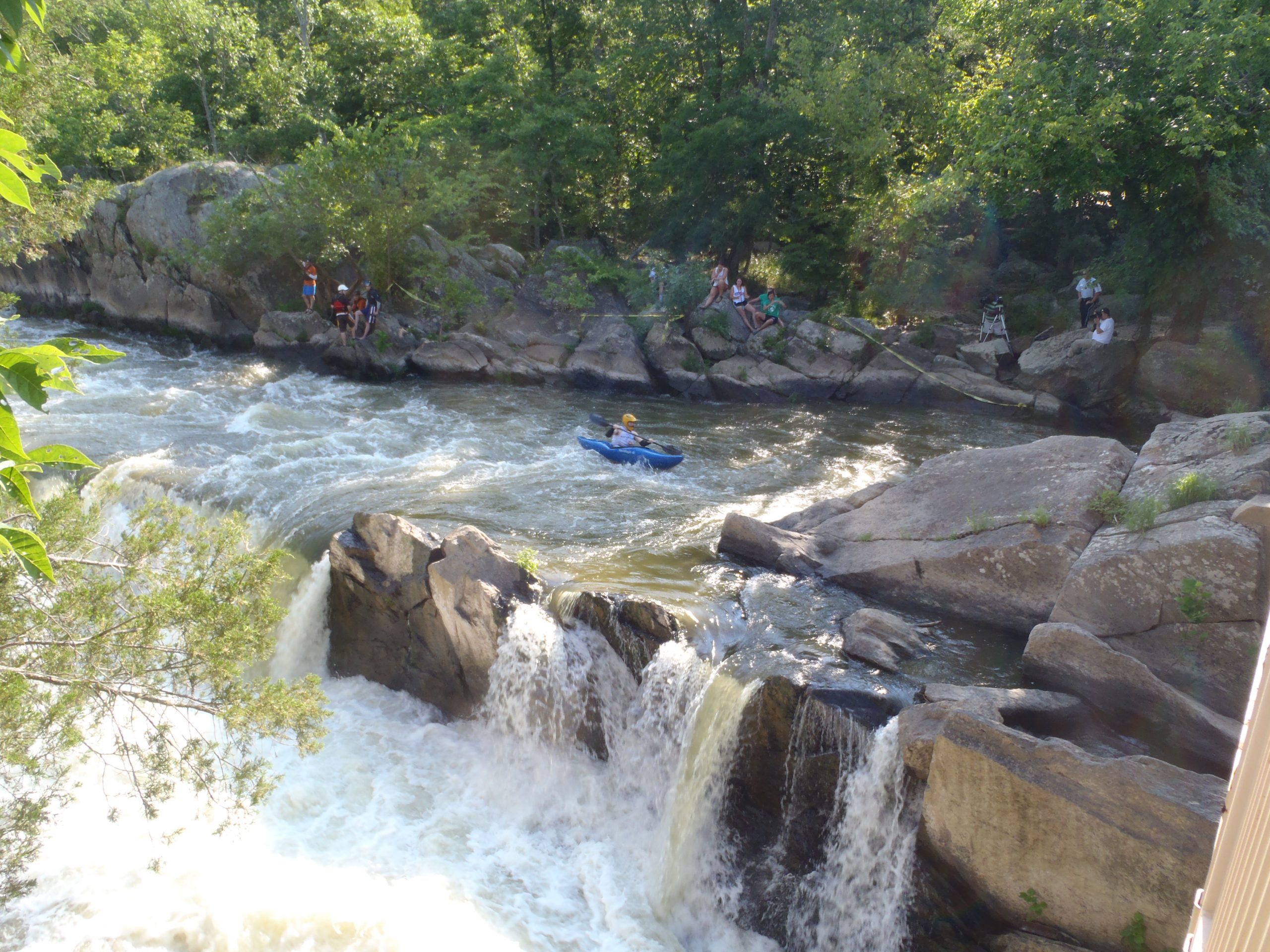 Fish was a principle food source for early settlers in Maryland and Virginia. As settlements began to creep westward, the demand for fish meant that this valuable food source also needed to move westward from the Chesapeake Bay to its western tributaries. The Great Falls area on the Potomac River posed a challenge since the migrating fish could not go upstream beyond the falls. Industry, canals, and dams also negatively affected this migration. 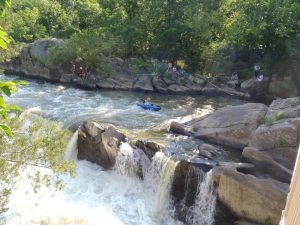 During the C&O Canal’s heyday, communities rallied and demanded that their government create a way to restore the supply of fish above the falls. As a result of their efforts, fish ladders became the ultimate solution. In 1875, a Commission of Fisheries was established and, after much study, the recommendation was made to create a passageway along the Maryland shoreline with a water rate that would allow shad to ascend to the area above the falls.

In 1882, a Congressional appropriation of $50,000 for a fishway at Great Falls was created as a result of public pressure. Work began in 1885 but progress was stalled due to flooding six months later that carried away the protecting dam. The project was redesigned to withstand subsequent flooding, and on July 1, 1892, seventeen years after the proposal, the fish ladders of Great Falls were completed. The total cost of the project was $75,000.

Today, you may be able to catch a glimpse of the remaining fish ladder at Great Falls when the water level in the river is low. The fish ladders were made of concrete and yellow pine timbers, and their structural remains are in excellent condition. The fish ladder passes under the first Olmsted Island Bridge and looks like a concrete trough and concrete walls installed in the river. The walls were put into place to hold back the water and direct the water flow to a break in the rocks that didn’t drop as quickly as the rest of the falls. While some fish species still use the ladders, the desired species of shad, white perch, and striped bass do not. 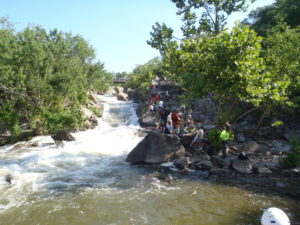 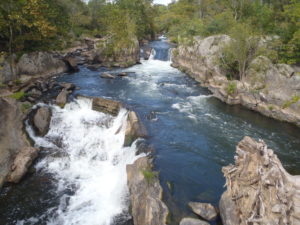