The Canal Quarters each interpret a different period of Canal history. What period will Swains Lockhouse interpret? Read on!

The year was 1916. It was a time of great unrest, invention and progress. World War I was already raging in Europe. Albert Einstein presented his Theory of General Relativity. New movements for civil rights, worker’s rights and women’s rights were emerging, but these movements stood in stark contrast to growing anti-immigration sentiment, Jim Crow laws, and the rise of the KKK. 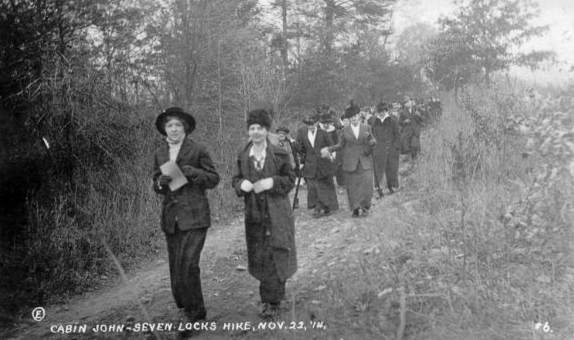 The world was changing, and so was the C&O Canal. No longer a profitable mode of commercial transportation in 1916, the Canal was primarily being used to move coal from western Maryland. At the same time, a new interest in tourism gave birth to the National Park Service and gave the Canal a new purpose—boat rides upstream from Washington, D.C. to scenic Great Falls and the Great Falls Tavern.

Still a functioning waterway in the early 1900s, the C&O Canal needed its lock keepers—and one of the most well-known lock keeping families were the Swains. In 1916, Jesse Swain and his family lived in a modest stone home, just steps from Lock 21. As the lock keeper, Swain was responsible for answering the calls of “Lock Ready!” as boaters approached from either direction. For his services, Swain received a rent-free home, an acre of land and less than $50 a month for his services on the Canal.

The Swain family occupied the home at Lock 21 for over 90 years. Even after the flood of 1924 led to the demise of the Canal as a viable commercial shipping channel, descendants of the Swains transformed the lockhouse into a concession for renting canoes, boats and bicycles to outdoor enthusiasts along the Potomac. They were the last remaining family actually living in a Canal lockhouse when they finally left the home in 2006. 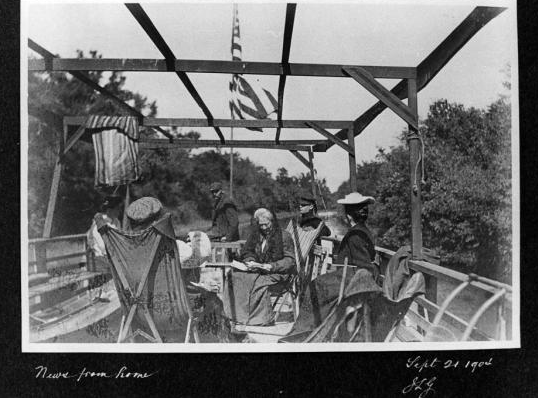 Soon, the same Swains Lockhouse will be the newest home to welcome guests of the C&O Canal Trust’s Canal Quarters program. Visitors to Swains will find a lockhouse reminiscent of the way it might have looked 100 years before, in part as a tribute to the National Park Service centennial celebration.

Catherine Bragaw is Chief of Interpretation for the C&O Canal and is leading the team charged with the interpretation of Swains Lockhouse.

“This era speaks to the theme of resiliency and reinvention as the world changes; so does the canal and those who are most intimately impacted,” said Bragaw. “This time period allows modern amenities, beautiful furnishings and fashions that speak to the changing world.”

So what modern amenities might Canal Quarters guests expect at Swains Lockhouse when its rehabilitation is complete? Electrical outlets, air conditioning, smoke detectors and yes—flush toilets had all been invented! Beautiful lamps, finely crafted woodwork and plush upholstered furniture were all part of the time period. All that’s left is for you to experience it!

Get a closer look at what’s being planned for the newest Canal Quarter’s lockhouse! Next week we’ll post preliminary architectural drawings for the Swains Lockhouse rehabilitation. See that post here!