The town of Sharpsburg is a monument to sacrifice and fortitude. In 1763 the town was originally called Sharps Burgh, in honor of Governor Horatio Sharpe and became the first town in Washington County, Maryland. In 1789, President George Washington considered the area around Sharpsburg and Shepherdstown as a possible site for the U.S. Capital but eventually chose the area closer to Georgetown and his home at Mount Vernon. Construction of the C&O Canal reached the town around 1836 and provided additional employment opportunities for the townspeople and the already flourishing commercial community.

In the 1860’s the Civil War came thundering into the area. The Battle of Antietam, (known to the Confederates as the Battle of Sharpsburg), was fought on September 17, 1862, and became known as the single bloodiest day in American military history. Over 40,000 troops from the South fought against 87,000 Northern troops and at the end of the battle over 23,000 men and boys were dead, wounded, or missing. The Killiansburg Cave, located on the C&O Canal towpath, provided shelter for many townspeople during the height of the battle. Their strong sense of community aided the resilient citizens of Sharpsburg as they joined together to rebuild their town and recover from the devastation of war. Today the town looks pretty much the same as it did during the 1800s and has been painstakingly maintained to reflect its monumental past in our country’s history. 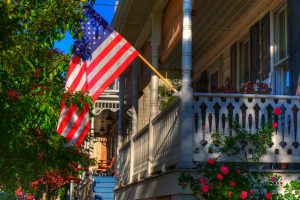