A Little Town with a Big History

Oldtown is a hidden treasure along the C&O Canal. The area hasn't changed dramatically since the canal stopped operating here in 1924, and it's easy to imagine the locktender stepping out the door at Lockhouse 70 to lock a boat through.

By the time the Chesapeake and Ohio Canal arrived in Oldtown, Maryland, the small town had already seen its share of history. Early Native American settlements in the area date back thousands of years and five of their trails passed through the area. The town's name, originally Shawnee Oldtown, is a reference to that tradition. Opessa Street is named for Shawnee leader King Opessa. Thomas Cresap, frontiersman and friend to George Washington, came to Oldtown from Washington County, Maryland in the early 1740s. Cresap established a fort near the Potomac River. One of the oldest structures in Allegany County, Maryland today is the 1764 Michael Cresap house. Michael was a son of Thomas Cresap. The low water crossing of the Potomac River at Oldtown was used during the French and Indian War and later during the Civil War. Several Civil War incidents at Oldtown affected the C&O Canal and the nearby B&O Railroad. Four C&O Canal lockhouses and a store operated at various times by the Carder and Wilson families were next to the canal. 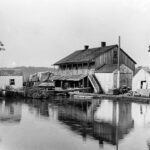 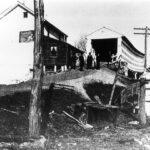 Early photo of the high wooden covered bridge and the original Lockhouse 70 taken just prior to the 1906 fire that destroyed the lockhouse and bridge. This photo was taken by members of the Shawnee Canoe Club of Cumberland during one of their trips on the canal. Credit: Chesapeake & Ohio Canal National Historical Park 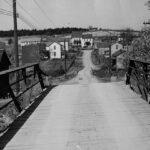 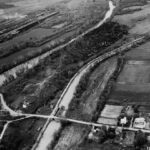 Aerial view of the canal passing through Oldtown with Lock and Lockhouse 70 and the low water bridge to Green Spring, West Virginia visible in the photograph. This photograph was taken in the late 1950s after the canal had been re-watered. Credit: Chesapeake & Ohio Canal National Historical Park 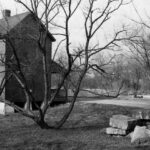 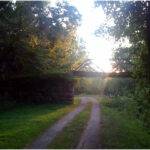 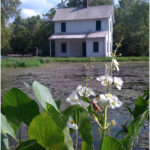 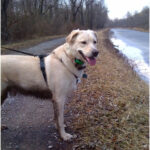 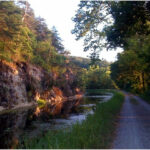 The perfect fit. Snuggled between a natural rock wall, left, and to the right the Potomac River, the canal and towpath meander through picturesque landscapes east of Oldtown. Credit: Chesapeake & Ohio Canal National Historical Park 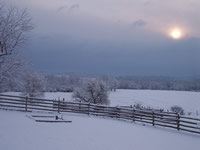 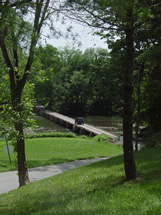 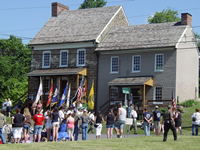 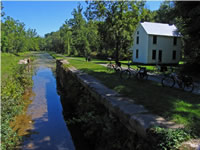 Lockhouse 68 and the South Branch of the Potomac River
Milepost 164.8 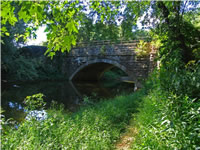