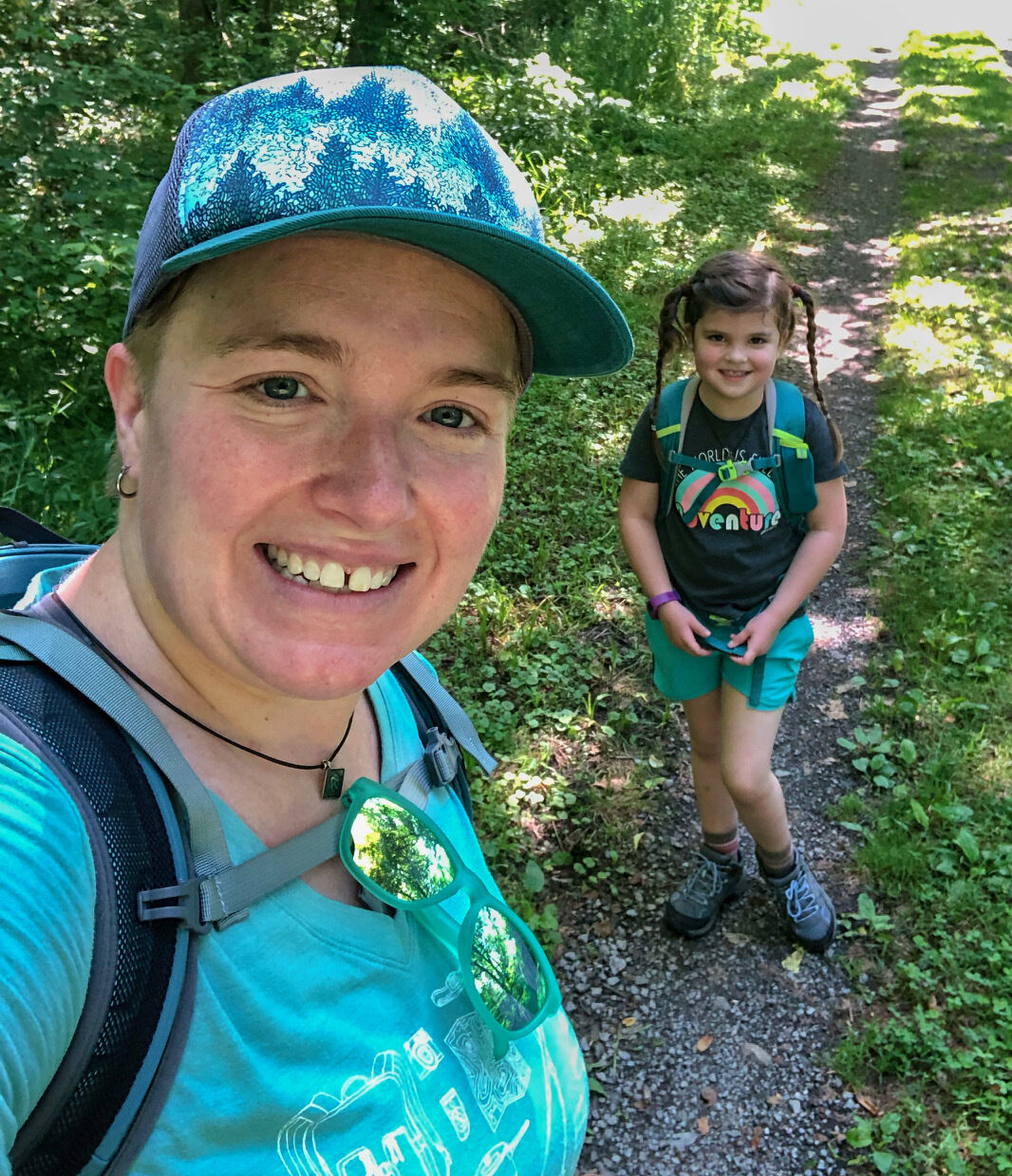 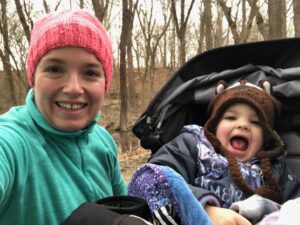 In 2016 I began spending a lot of time in the C&O Canal National Historical Park, often with my youngest of three children in a jogging stroller. At first, our excursions were a way to get outside for exercise and fresh air, but they soon evolved into something special. The more time we spent in the Park, the more we wanted to be outdoors and immersed in nature. We needed nature in our lives and spending time outdoors became our special time together. 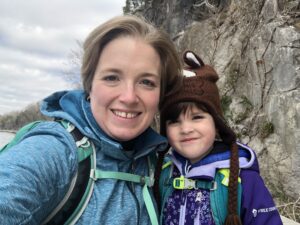 My daughter and I started piecing together sections of the towpath in Washington County and soaking in the natural beauty of our surroundings throughout the year. As she grew into toddlerhood and became more alert, we really started enjoying wildlife—from deer to woodpeckers, great blue herons, barred owls, turkeys, butterflies, turtles, snakes, a bear, and even a fisher cat. We’ve had many memorable wildlife sightings. 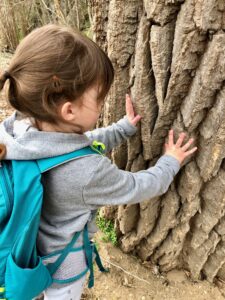 When my daughter started walking and talking, our canal adventures continued, often with her hiking alongside me. She began asking many questions about plants, and we consulted the iNaturalist app after each outing, armed with photos of things we had seen. Eventually, we started to recognize specific vegetation. And now, every springtime, we look forward to the Virginia bluebells, bloodroots, Dutchman’s breeches, trillium, and the emergence of other spring ephemerals signaling that warmer weather is on the horizon. 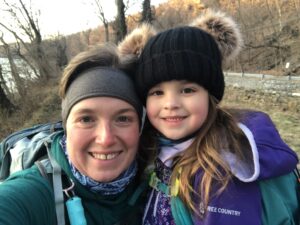 As I reflect on our time in the Park, I’m flooded with memories of the special moments we have shared on the towpath. Whether it’s crunching through fall leaves, standing still like a statue to quietly watch a great blue heron, soaking in the warm sunshine as it sets in a pink cotton candy sky, or trudging through the snow and breathing in the cold winter air, our time on the towpath has been intertwined with unforgettable moments. I’ll never forget witnessing a hummingbird swoop in to enjoy some nectar along bluebell alley or watching a large group of swallowtail butterflies encircle my daughter’s stroller like something from an enchanted forest in a Disney movie. 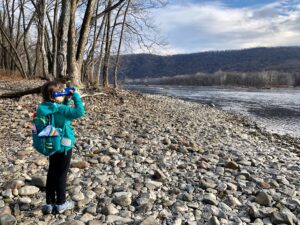 Last year on New Year’s Eve, my daughter and I hiked from Weverton to Harpers Ferry and back. I was tired from holiday preparations and festivities, and as soon as we got on the towpath, my six-year-old daughter’s words completely shifted my outlook. “Look, mama, see how beautiful the bare sycamore trees are along the river with their white tips,” she pointed out. Without taking a breath, she continued, “Look, there’s perilla, and over here is some moss growing on a log. This is going to be a great day!” She was right because we’ve never been out in the Park and wished we had stayed home instead. Every day on the C&O Canal has been a day well-spent, enjoying and appreciating nature together. I hope she sees the importance of protecting and preserving this place so future generations can marvel at its beauty and wonder. 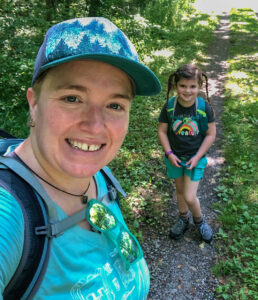