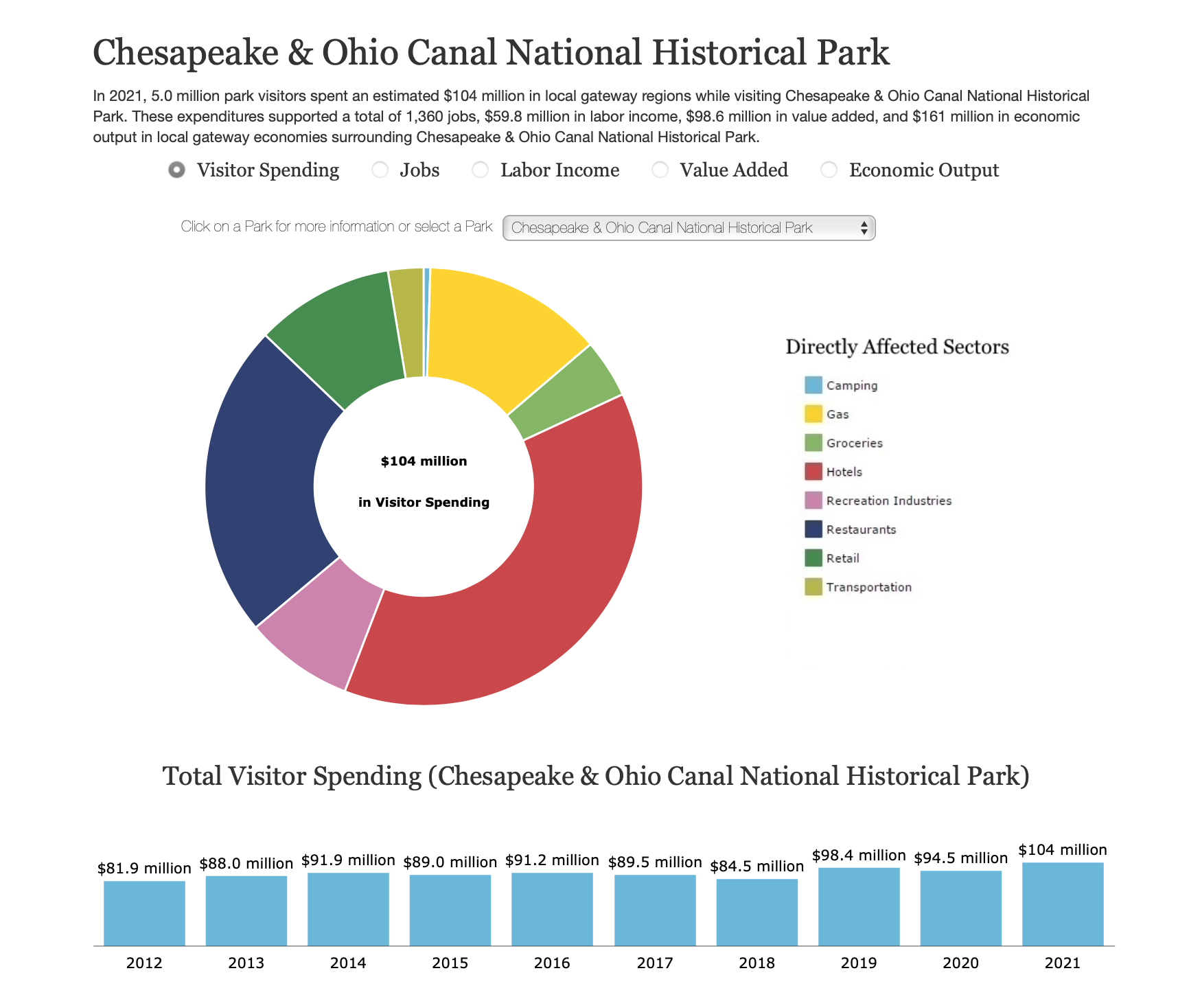 In 2021, the C&O Canal NHP’s 5,005,217 park visitors spent an estimated $104 million in local gateway regions while visiting the park. These expenditures supported a total of 1,360 jobs, $59.8 million in labor income, $98.6 million in value added, and $161 million in economic output in local gateway economies surrounding the park. The top five sectors affected by visitor spending were lodging at $39.5 million, restaurants at $24.3 million, gas at $13.9 million, retail at $10.7 million, and recreation industries at $8.4 million. This marks the first time visitor spending exceeded $100 million for visitors to the C&O Canal. In 2019, the pre-COVID visitor spending figure was $98.4 million.

The annual peer-reviewed economics report was prepared by economists from the U.S. Geological Survey and National Park Service. It includes information by parks and by states on visitor spending, the number of jobs supported by visitor spending and other statistics.