By Tymber CompherDecember 23, 2021No Comments 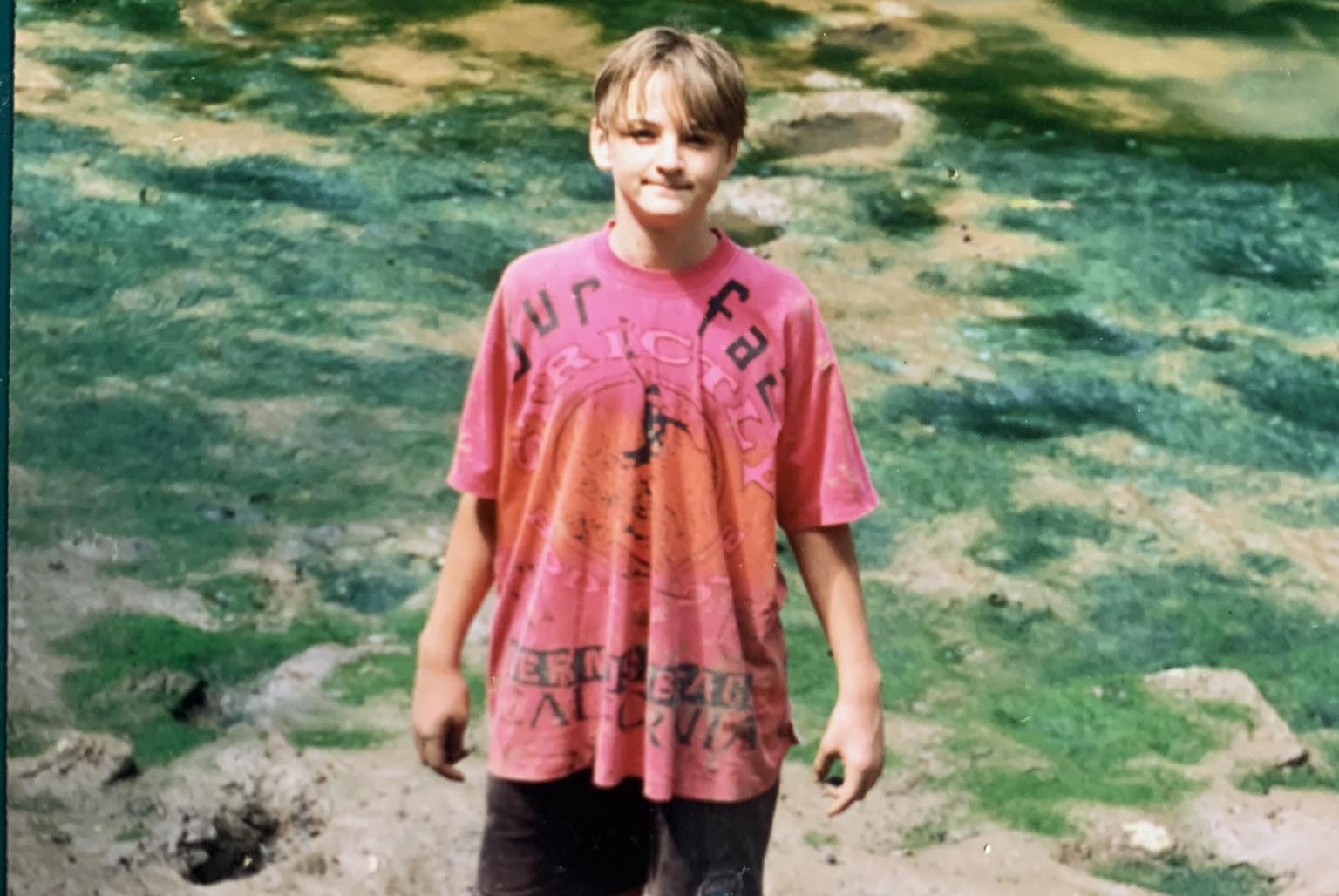 Dane Francis Trembath, Herpetologist at the Australian Museum and Friend of the C&O Canal

Dane: In December of 1988 my family moved to Cabin John, Maryland and I was very lucky to live a short walk from Lock 8 on the C&O Canal. At that time, I was nine years old, and I used to accompany my mother on walks along the footpath in the afternoon after school. It was at this young age that I really started to appreciate the amount of nature that was essentially on my doorstop. Just before dusk we would always see the Beavers, which I really liked, and it was great to watch the canal change over the seasons.

As I got older, I was able to venture on my own adventures along the C&O Canal with a few trusty friends. Every day after school we would head down to Lock 8 and either go fishing along the Canal or the Potomac River, and would often return covered in mud, just before dark. As teenagers, this was a great escape from school life and due to the size of the area, you could really explore. 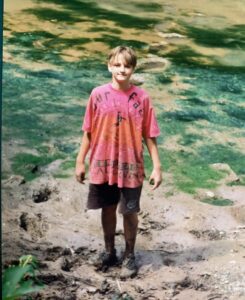 Apart from the fishing, the main thing that my friends and I enjoyed finding was reptiles and amphibians. During summer, you could walk along the footpath and easily spot Eastern Painted Turtles (Chrysemys picta) and Northern Red-bellied Turtles (Pseudemys rubriventris) basking on fallen logs in the sun. Along the edge of the Canal in the vegetation was Northern Water Snakes (Nerodia sipedon) and Garter Snakes (Thamnophis sirtalis). Sometimes you would also see Eastern Box Turtles (Terrapene carolina) and Eastern Rat Snakes (Pantherophis alleghaniensis) crossing the footpath. On dusk you could also see gigantic Common Snapping Turtles (Chelydra serpentina) surface from their daytime retreats for a breath of air and then resubmerge.

By going regularly and observing these animals, we were able to learn a lot about them and the natural world. This led to us actually doing research in our school library on these animals and I remember that we would see pictures of things that could live there in books, and then spend weeks trying to actually find them in life. This was when I decided that I should become a Herpetologist, a scientist that studied reptiles and amphibians

Every couple of years, due to flood damage, the C&O Canal was drained, and all the fish, turtles, and lots of tadpoles were confined to large pools. As we absolutely adored these animals, my friends and I would enter the knee-high mud and with a bucket brigade, rescue these animals and move them to the Potomac River or an adjacent lock if it had sufficient water. During these forays we also go to see all the different kinds of fish that lived there also.

In those days, most of these animals were very common, but unfortunately some were already in decline. I remember vividly finding a very old Wood Turtle (Glyptemys insculpta) on an island in the Potomac River and wondering why I had never seen them before. This beautiful turtle species is now endangered throughout much of its former range, largely due to habitat destruction.

In 1997, I graduated from Walt Whitman High School and in 1998 I was enrolled in a Degree in Zoology at James Cook University, Townsville, Queensland, Australia. Going from Maryland to Tropical Australia was an amazing experience, and I was able to learn about Australian reptiles and amphibians. I even did a Masters degree on Australian Freshwater Turtles.

I am now currently employed as the Herpetological Technician at the Australian Museum Herpetology Department in Sydney where I help manage the largest scientific reference collection of reptiles and amphibians in Australia. As we have extensive collections, including specimens from the United States, I still smile when I see turtle specimens of species that I would have observed along the C&O Canal.

In January of 2019, I was able to return for a walk along the C&O Canal. Despite the usual January conditions, it was a warmish day and I was very excited to see a turtle had actually come out of hibernation to bask on a log. As I sat there looking at it, I wondered that it could possibly be one of the ones I saw many years ago, as turtles are now easily known to live 20+ years in the wild.