By Tymber CompherAugust 26, 2021No Comments 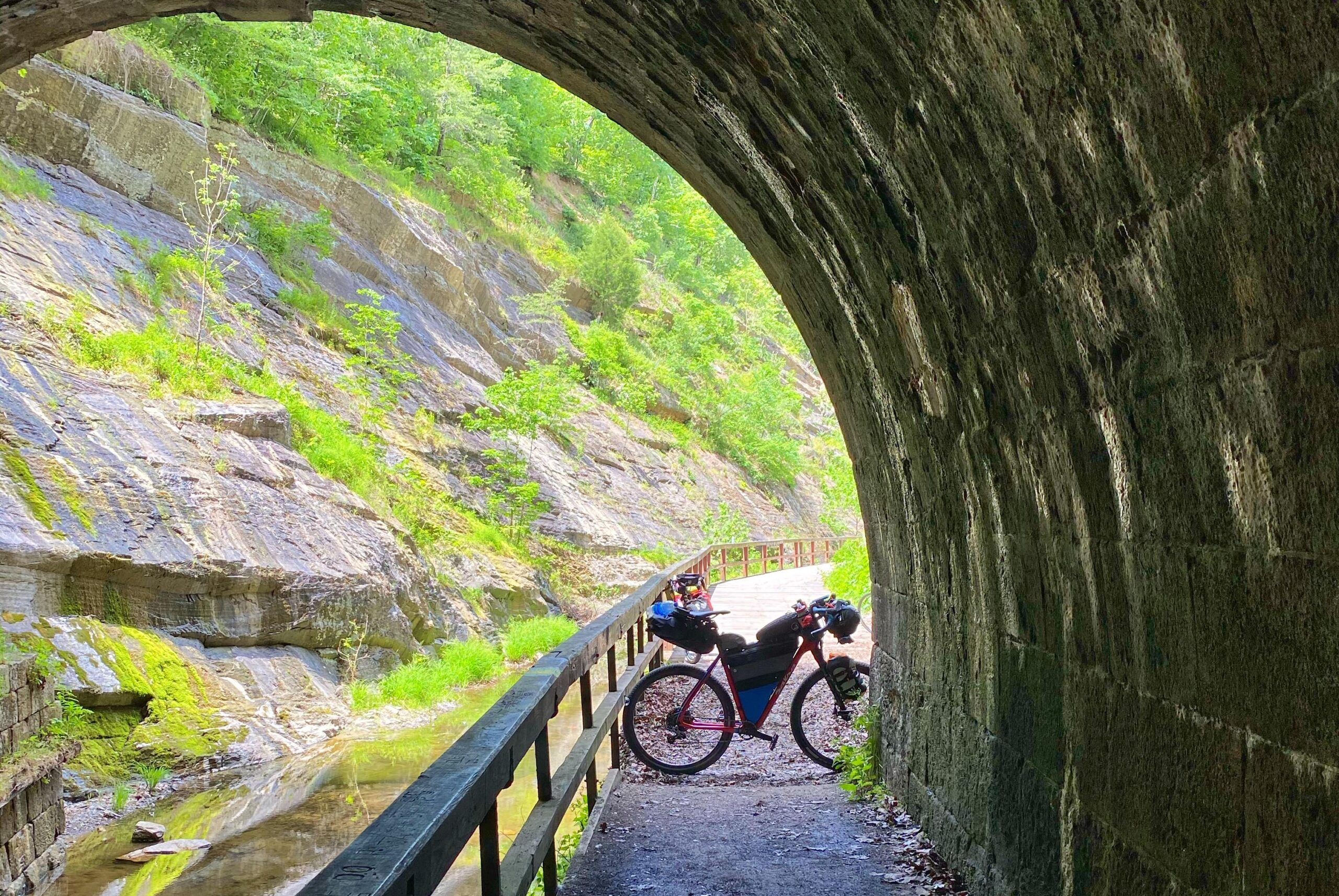 Thomas: In 1989, I decided to bike the C&O Canal, starting from my then-home in Alexandria, to Cumberland, MD, where I would be picked up at the Western Maryland Train Station by a friend’s family, who live in Burlington WV. The Burlington Apple Harvest Festival was going that weekend, so I was going to make a long weekend of it. I started on Friday morning, to overcast skies and cool October weather. By the time I made it to White’s Ferry, the skies opened up and a strong thunderstorm made my continued travel impossible. I tucked under the eaves of one of the buildings there to ride out the storm. The storm passed quickly, but made the journey one of battling puddles and mud…mud…mud! I struggled, riding my 1984 Raleigh Record road bike (!!) but made it to my midpoint overnight, in Shepherdstown WV. I checked in at the Thomas Shepherd Inn, a gorgeous Bed and Breakfast in the middle of town. The inkeeper met me at the door and saw me covered head-to-toe in mud. She didn’t blink, got me towels and showed me to the shower. I was tired but pleased, and wanted some food! Pizza was at the top of my list. The innkeep scowled at the notion of wanting pizza in a visit to Shepherdstown, with the Yellow Brick Bank and The Bavarian Inn in close proximity. Alas, Pizza and beer prevailed, so she begrudgingly pointed me to a Shepherd College haunt nearby. It was one of the best meals of my life. I hobbled back to the B&B and tucked in for a much needed sleep. The next morning I awoke and ambled downstairs where the innkeeper was preparing breakfast of poached eggs, toast, and fresh squeezed orange juice for the guests. I didn’t like the idea of waiting too long to get back on the towpath, but I couldn’t pass up breakfast. After a pleasant meal and conversation with the inkeep and guests, I mounted up and hit the road. The weather had cleared beautifully, It was crisp and clear – a perfect early fall day on the towpath awaited. I took my time admiring the locks and aqueducts and especially the Paw Paw Tunnel. The guardrails in the tunnel boasted deep grooves worn and polished into the wood by barge tow lines from over one hundred years prior. Rolling though Oldtown the day turned into evening and darkened, so my final miles on the towpath were in the dark. I was nervous, but completed the journey with no troubles. My friend’s father, a former Marine, was at the Western Maryland train station waiting for me. I heard him chatting with someone there about my trip, and the person told him that someone he knew (also a Marine) had made the trip on bicycle in one day! I couldn’t imagine making that kind of speed, but I was proud of my accomplishment regardless. The beautiful canal and Potomac River scenery, its history, the wildlife, the little towns and and people I met along the way are forever embedded in my memory