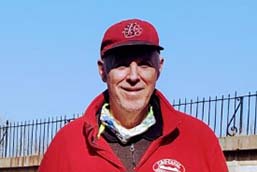 Jon Wolz, former Boy Scout who testified in support of making the C&O Canal a National Park and current volunteer 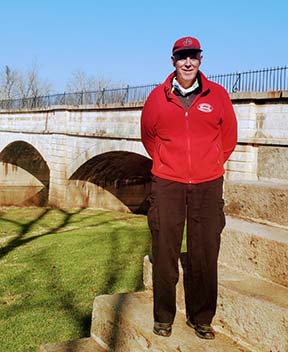 C&O Canal Trust: What is your relationship with the C&O Canal?

Jon: In 1970, Congressmen Gilbert Gude and J. Glenn Beall of Maryland co-sponsored a bill to make the C&O Canal into a National Historical Park. Congressmen Gude contacted Mr. Charles Stover of Rockville to find a couple of Boy Scouts to testify before the United States Senate Subcommittee on Parks and Recreation of the Committee on Interior and Insular Affairs on their feelings for making the C&O Canal into a National Historical Park. Mr. Stover had recently helped plan and arrange the Montgomery County District Camp O’Ree at Fort Frederick, Maryland next to the canal in October 1970. At that Camp O’Ree, Congressman Gude spoke to the scouts about the need for making the canal into a National Historical Park. Subsequent to that campout, the House of Representatives passed a bill in support of Congressman Gude’s vision for the canal. Charles Stover contacted Jack Alleman, Scoutmaster of Troop 246 of Silver Spring, Maryland. Mr. Stover had met Mr. Alleman at the Camp O’Ree that was attended by Troop 246 and through conversation, learned that several scouts from the troop had hiked the entire length of the C&O Canal. Mr. Alleman selected me for this honor to speak before the Committee. At the time, I was a fifteen-year-old sophomore at Montgomery Blair High School in Silver Spring and an Eagle Scout. In addition to me speaking, Life Scout Mark Stover from Troop 1072 was chosen to speak. Both of us were asked to speak on the meaning of the C&O Canal and why it should be preserved as a National Historical Park.

On December 15, 1970, I rode with my parents, Charles and Shirley Wolz, to the Capitol where we were met by Congressmen Gude and Beall, who escorted us to the hearing room. Senator Charles McC. Mathias of Maryland was the first to testify, followed by Congressman Gude. After Congressmen Gude spoke, he introduced me and Mark to subcommittee chairman Senator Alan Bible of Nevada and the other subcommittee members. I spoke after Congressmen Gude and then Mark spoke. Cub Scout Charles Stover presented to each of the ten men of the subcommittee the C&O Canal Scout patches and medals awarded Scouts for hiking the Canal.

On December 22, 1970, the bill was passed by the Senate, and it was sent to President Nixon on December 23, 1970 for his signature. On January 8, 1971, President Richard M. Nixon signed the Act making the Chesapeake and Ohio Canal a National Historical Park.

After I retired from NASA’s Goddard Space Flight Center in 2014, I became a level walker with the C&O Canal Association (COCA) in 2015. I have two levels that go from White’s Ferry to the Monocacy Aqueduct. Over the last 5 1/2 years, I have been involved with a few C&O Canal Pride Days, painted 36 picnic tables with a friend in 2019, serve on the audit committee for the C&O Canal Association, given talks to the Monocacy Lions Club and the Poolesville Oddfellows about the C&O Canal, led a walk to Latrobe’s Marble Quarry for Poolesville Area Seniors, participated in garlic mustard pulls, helped build three picnic tables for the Park under the guidance of Jim Heins of the COCA, organized and led Potomac River clean-ups at the Monocacy Aqueduct/Lock 27 beginning in 2017, adding the White’s Ferry area in 2019, and recommended a few special projects for the Park to the COCA’s Special Project’s Committee. One project that I am currently involved with is replacing the mule kick boards on the Monocacy Aqueduct that is jointly sponsored by the C&O Canal National Historical Park and the COCA. In 2021, I will be leading walks on behalf of the COCA to Latrobe’s Marble Quarry, White’s Ford Fort, and the Johnson Quarry. Also, in 2021, I hope to lead Potomac River Clean-ups at the Monocacy Aqueduct/Lock 27, Lock 26/Dickerson and White’s Ferry with the support of Boys Scouts from Montgomery County Maryland.

C&O Canal Trust: Do you have a favorite memory of the canal that you can share?

Jon: The many hikes and campouts along the towpath as a Boy Scout. I remember camping at various places from Point of Rocks to Swains Lock. I learned to canoe at Swains Lock and once we canoed from Swains Lock up to Violettes Lock. As a scout, my troop bicycled from Cumberland to Brunswick, a total of 125 miles and camped along the way.

In September 2020, I was invited to walk with an American Legion Post and local Girl Scout troop across White’s Ford and back. We met at Calleva Farm where I spoke of the history of White’s Ford and the immediate area along the canal. We walked down the hillside to the towpath. A few of the girls asked about the “path.” They had never been on the towpath before, so I talked to them about the towpath and the canal.

C&O Canal Trust: What is your favorite spot on the canal? Why?

Jon: I have a few favorite places. From White’s Ferry to the Monocacy Aqueduct, there is a variety of wildlife and birds. I first visited this stretch as a Boy Scout and had many fond memories of this area from my youth. In recent years, I have seen deer, fox, muskrats, a variety of birds, and turtles. I enjoy finding animal tracks along the culvert streams or in the snow.  I have discovered there is a lot of history along this stretch of the canal including Latrobe’s marble quarry, White’s Ford Fort, civil war history, a variety of culverts, two locks, two granary ruins and the Monocacy Aqueduct. In the springtime and into the summer, there are a variety of wildflowers. I enjoy keeping an eye on paw paws as they grow throughout the spring and summer.

C&O Canal Trust: What is your favorite thing to do on the canal?

Jon: Walking along the towpath in all four seasons, noticing the changes with the wildlife and to trees/plants. I also look forward to seeing each spring the wildlife, tree leaves, and plants make their reappearance in the park. I enjoy seeing the ice formations flowing down berm side cliffs and the icicles beneath the end arches at the Monocacy Aqueduct. I enjoy finding a quiet place to sit observing my surroundings and listening to the sounds of the park.

C&O Canal Trust: What does the canal mean to you? 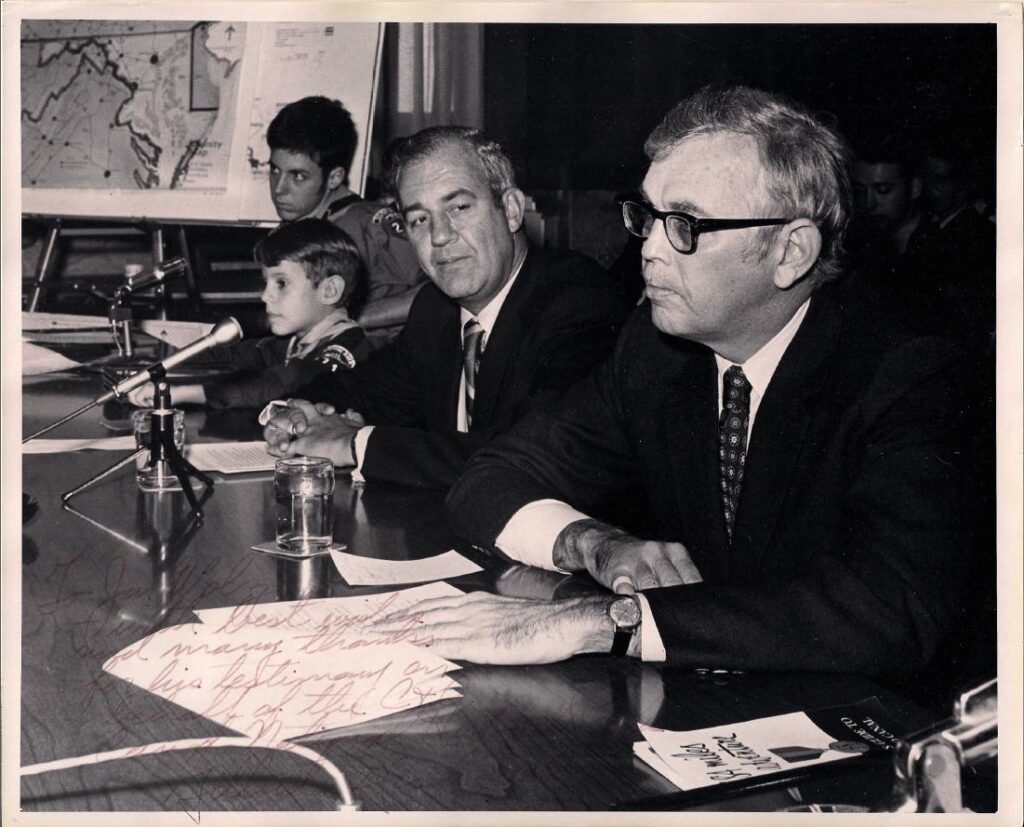 A note to Jon Wolz from Gilbert Gude on top of the hearing book from December 15, 1970.