Throughout much of the American South, Mid-Atlantic, and Midwest, fall arrives on the wings of red or gold foliage and the taste of the pawpaw fruit. Pawpaw (Asimina triloba) is a small understory tree with large deep green leaves that can be found from the eastern portion of Texas to South Carolina and north to Michigan. It is the only temperate member of a large, tropical family of plants (Annonaceae) and produces North America’s largest edible fruit. This distinctive but obscure-looking green fruit ripens in September and October and is relished by humans and wildlife alike. The taste is usually compared to a banana mixed with a complex assortment of mango, vanilla, pineapple, and citrus flavors.

The production of this fruit is an interesting affair that requires pollen from two genetically-distinct individual trees and several species of early-spring emerging flies and beetles. The brownish-maroon flowers of pawpaw point toward the ground so when insects emerge in the early spring, these flowers are the first source of nectar they find. As with most pollinators, they carry a small amount of pollen on them as they leave, looking for the next source of nectar. However, since pawpaw grows colonially from root suckers, finding a genetically distinct individual can require these flies to range widely in order to successfully pollinate another pawpaw. This can cause lackluster fruit production if an area contains only one individual clone. In a good year though, pawpaws can produce plenty of fruit to support consumption by opossums, foxes, squirrels, raccoons, deer, birds, and humans. The leaves, which smell like bell pepper when crushed, are also the only host for the larvae of the zebra swallowtail (Protographium marcellus), making this species crucial to this butterflies life cycle. 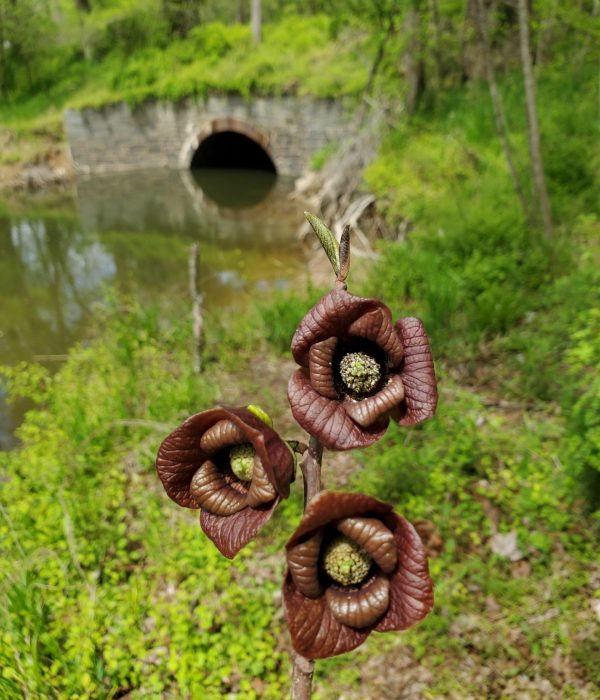 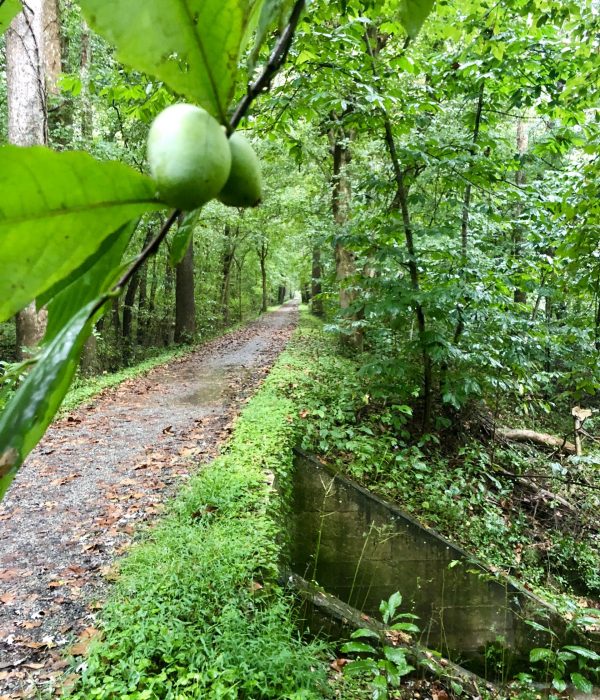 Way Down Yonder in the Paw Paw Patch - Jeffery Orner 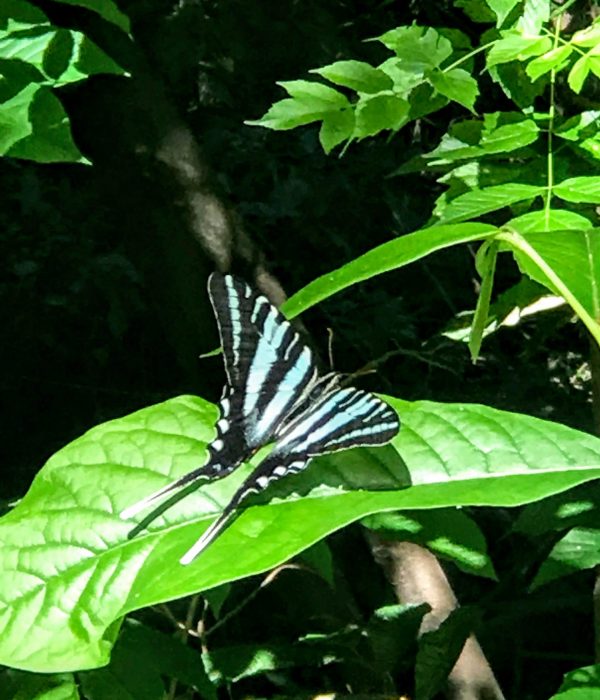 Since humans first arrived on the North American continent and came into contact with pawpaw, it has been widely utilized. Native peoples of most tribes east of the Mississippi cultivated the plant, eating its fruit raw or drying it into cakes to be rehydrated and consumed later. They utilized the tough inner bark fibers to make ropes, fishing nets, and mats. The bark, seeds, and leaves contain a neurotoxin that Native peoples used as a hunting poison, treatment for head lice, and general insecticide. When European colonists arrived, they too utilized the pawpaw for food and its logs as split-rail fence owing to its insecticidal properties. Thomas Jefferson grew pawpaw at Monticello with the hope of improving the notoriously short shelf-life of the fruit so as to market it, while chilled pawpaw was rumored to be a favorite of George Washington. In much the same way as it had for Native peoples, pawpaw helped to sustain Lewis and Clark on their expedition through its ripe and dried fruit. During the Great Depression, foraged pawpaw supplemented the diets of many people suffering from economic hardship, acquiring the common name “poor man’s banana” during this time. Today, pawpaw is seeing a resurgence in popularity owing to the ‘locavore’ movement and is being cultivated and incorporated into dishes by numerous top chefs.

While often considered difficult to cultivate, pawpaw spreads prolifically in forests across the Mid-Atlantic. In the C&O Canal National Historical Park, pawpaw occurs along the entire length of the canal. The rich, moist soil of the adjoining land is ideal for the growth of pawpaw and it comprises approximately 50-60% of the understory saplings in any given forest area within the C&O. Next time you are out in the Park, grab a pawpaw fruit, and give it a try.**

**The Park allows visitors to pick and take home 1/2 gallon of pawpaws per person per day. Make sure you review the Park’s Compendium before harvesting any pawpaw fruit located here.

Schweitzer, Ally. 2017. This Once-Obscure Fruit Is On Its Way To Becoming PawPaw-Pawpular. NPR Food History and Culture. https://www.npr.org/sections/thesalt/2017/09/15/550985844/this-once-obscure-fruit-is-on-its-way-to-becoming-pawpaw-pawpular