5 Things You May Not Know about the Paw Paw Tunnel 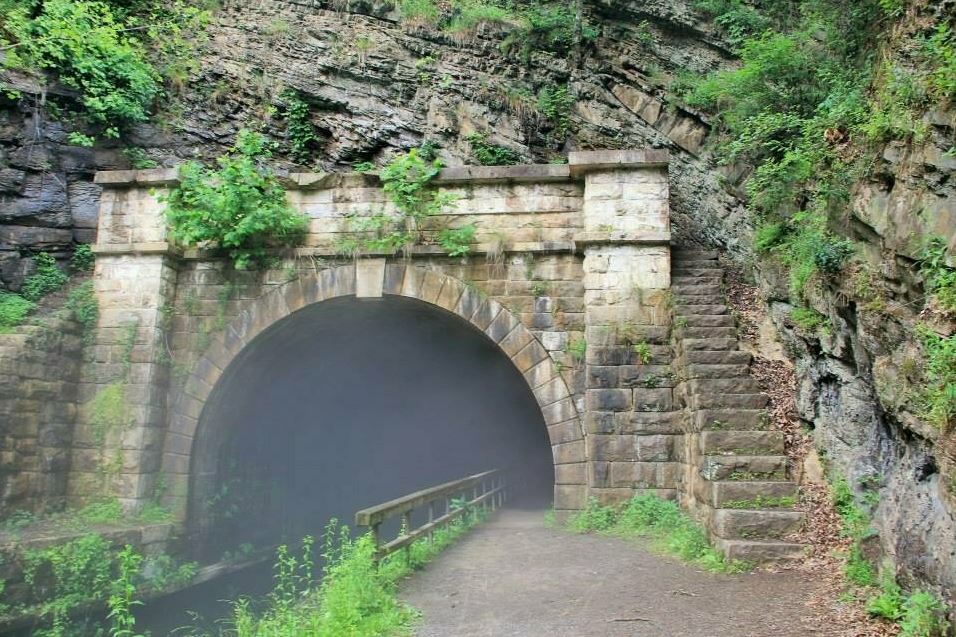 The Paw Paw Tunnel near Oldtown, Maryland is one of the most notable features on the C&O Canal. The Tunnel itself is an incredible feat of engineering, and its construction alone has a colorful history. It has been featured in many photographs, and it is a Canal Discovery. Here are 5 things you may not know about this incredible part of the Canal!

1.The construction of the Tunnel nearly bankrupted the Chesapeake and Ohio Canal Company.
When plans for the Tunnel were approved, construction was expected to take only two years and to cost $33,500. Fights between workers and the extreme difficulty of the work extended the project by over a decade and by $566,500. These difficulties contributed to the Canal ending construction early at Cumberland instead of Pittsburgh, which was the original ending point.  The tunnel was one of many structures not completed on the last 50 miles when the use of script was stopped by the State in the spring of 1842 and a period without any significant construction followed. Additionally, the cost of the tunnel paralleled the increases in the cost of all aspects of the canal and in no sense be seen as the sole – or even the main– reason construction ended in Cumberland and the canal company had such severe financial crises.

2. There were occasional fistfights between boatmen who refused to afford each other the right-of-way.
Boats would have a white light at the bow and a red light on the stern in order to signal their path of travel. It was understood that boats headed downstream would yield and leave the tunnel. However, there were many times when boatmen would refuse to allow each other the right-of-way, resulting in even more violence. Occasionally, boatmen would light fires in the tunnel to “smoke” the other boats out.

Maybe the standoffs looked like this, who knows! One thing is certain – the ways in which the company attempted to help boatmen know if the tunnel was clear changed multiple times during the history of the canal.

3. There are rumors that the Tunnel is haunted.
The construction of the Tunnel is colored with violent activity between workers of differing ethnicities. These clashes would lead to all-out brawls that ended in the destruction of local saloons and other establishments. The lockhouse at lock 64 2/3 burned down overnight, and the body of the lockkeeper was found inside. Some believe that his spirit now roams through the Tunnel. Paranormal specialists have also described seeing inexplicable shadows and hearing disembodied whispers. While these accounts can be riveting, they were in actuality single or limited episodes and not necessarily the norm.

Make sure to have a flashlight with you when you enter the Tunnel, because the middle is extremely dark.

4. The Tunnel is one of the greatest engineering feats of the C&O Canal.
The Tunnel is almost exactly 6/10ths of a mile long and is constructed of almost 6 million bricks. It cut 6 miles off the length of the Canal. The alternative to building the Tunnel was to make the Canal follow two of the Paw Paw Bends, a twisting 6-mile long section of the Potomac River. The Tunnel was chosen as the better option, which was the optimal choice for today’s park visitors.

5. Is the Tunnel named for the paw paw tree?
The pawpaw tree is common throughout the Eastern United States and is a fairly useful plant. It can eaten and can also used as an insecticide. In the past, Native Americans used its fibers to make ropes, fishing nets, and other materials. According to Dr. Karen Gray, volunteer historian for the C&O Canal National Historical Park, the name of the tunnel was associated with a Potomac crossing in the area that dates back to colonial times. 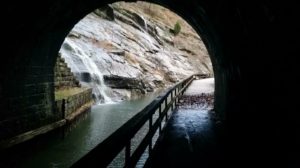 Do you have any interesting stories regarding the Paw Paw tunnel? We’d love to hear about them!