PawPaw, West Virginia is a small town located at the western end of the Park and is near the section of the Potomac River that contains five horseshoe-shaped bends. In the 1830s the C&O Canal’s engineers found themselves with the task of constructing the Canal around or through this difficult area of the Potomac. They settled on a plan that bypassed the river and built a 3,118 foot long tunnel around the PawPaw Bends. The town of PawPaw, the PawPaw Bends, and the PawPaw Tunnel are all named after the pawpaw trees that flourished in the area. The time and cost to build the tunnel were severely underestimated and, as a result, almost bankrupted the C&O Canal Company and was the reason that the Canal terminus was changed to Cumberland from its original destination of Pittsburgh.

Today the towpath and tunnel are both intact and can be readily explored. The 2014 construction of a hiker-biker path provides a safer way to access the MD 51 Oldtown Road Bridge from the C&O Canal towpath near the PawPaw Tunnel. 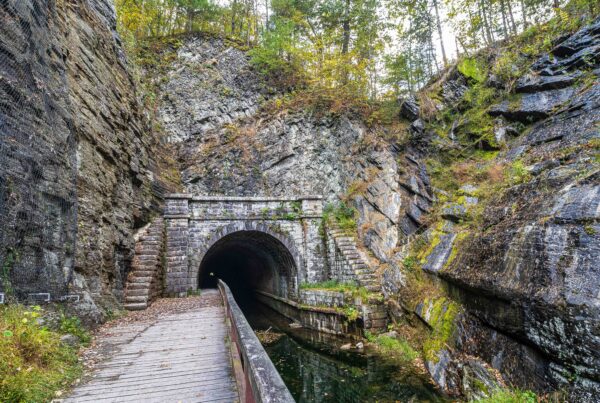 Paw Paw
Be the first to know about C&O news, projects, and events! Sign Up Now