When you happen upon Lockhouse 6, whether by walking, biking, or driving past, you wouldn't know that this quaint house  along the canal had witnessed so much history. When I first moved to this area and drove the Clara Barton Parkway past the lockhouses, I wondered what they were used for and who had used them. Now as a park ranger for the C&O Canal, I am astounded by the historical impact of this stretch of river.

In the 1770s, John Ballendine built a skirting canal with a grist mill around Little Falls, from the present site of Lock 6 to Fletchers Cove. George Washington's Pawtomack Canal Company used Ballendine's inspiration more than 10 years later to create a series of skirting canals at Little Falls, Great Falls, Seneca Falls, and more, so boats could utilize the river while avoiding the dangerous sections. After the short tenure of the Pawtomack Canal Company, land was converted to the newly formed Chesapeake and Ohio Canal Company. The ground-breaking ceremony for the C&O Canal on July 4, 1828, occurred not far from where Lockhouse 6 now stands.

Builders used Aquia sandstone from a nearby quarry to construct the lock. This light gray stone can also be seen in many historical buildings in Washington, DC. The lock was completed in September 1830, with the first boats floating past on October 1. This was the first section of canal to be completed and watered.

Many families lived in Lockhouse 6, including Martha King, one of the few women lockkeepers. She worked on the canal for 30 years and continued to live in the lockhouse after the National Park Service took over the canal in 1938. More remarkably, King became a park service employee at the age of 84!

Today Lockhouse 6 has a new function as one of the first Canal Quarters lockhouses opened in 2010. Visitors of all ages can spend the night and imagine the life of the locktenders and their families so many years ago. 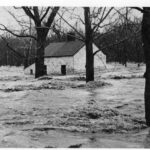 Lockhouse 6 Located just outside of Georgetown, Lockhouse 6 is seen here during the 1936 flood. After the flood the United States Government purchased the C&O Canal from the B&O Railroad. Credit: Unknown 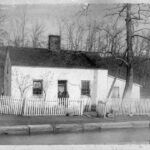 The C & O Canal Company often hired family men for the job of lock keeper. The company believed that men with families were more responsible and could be depended on to operate the locks. Credit: Unknown 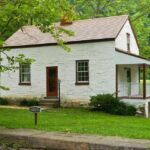 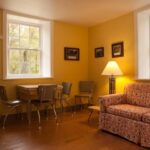 Furnished in pieces from the 1950s, Lockhouse 6 takes guests back to the time when the fate of the C&O Canal was in limbo. Credit: Roy Sewall 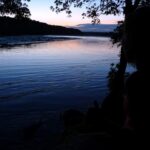 An evening walk by the feeder canal to the river offers a serene view. Credit: C&O Canal Trust 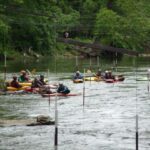 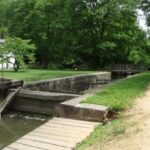 Just a short walk upstream is Lock 7 featuring drop gates at the upstream end of the lock. Drop gates were installed to speed up traffic on the canal. Credit: C&O Canal Trust 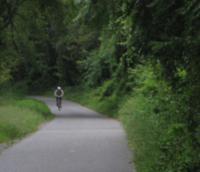 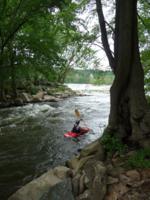 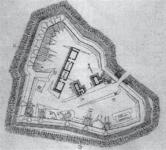