Home Over the Canal

As I walk the grounds and hallways of Ferry Hill Place, the rich history of this site surrounds me. Looking down the hill toward the C&O Canal, I imagine Blackfords Ferry, crossing the Potomac River to Shepherdstown, in the 1830s. The ferry was operated by Jupe and Ned, two of the plantation's slaves. Soon, a canal boat passes by, stopping briefly at the store at Lock 38. Looking across the grounds that were long ago planted with wheat, grain and oats, I visualize the free and enslaved laborers harvesting crops or cutting lumber.

Turning, I glimpse Ferry Hill Place in the fall of 1862, just after the Battle of Antietam. Returning home after the battle, Henry Kyd Douglas, junior officer to General "Stonewall" Jackson wrote of his home, "...a beautiful farm was laid waste, its fences disappeared up to the doors of the mansion house, artillery parks filled the wheat fields; corn and fodder and hay soon became contraband of war. In front of the house... were rifle pits; and several rifled cannon, with their angry muzzles pointing across the Potomac, decorated the lawn". Yet this scene of destruction is today masked by the pastoral setting that now characterizes the grounds.

Stepping into the office on the first floor, I appreciate the literary element of Ferry Hill Place. Here, John Blackford kept a journal in which he recorded the daily activities on his plantation. Later, Henry Kyd Douglas compiled notes from his diary and wrote his Civil War account entitled, I Rode With Stonewall. Today, these documents provide insight into the lives of those who once lived here at Ferry Hill Place. 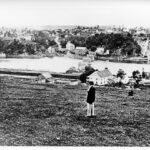 The post-Civil War view from Ferry Hill captures the use of the Potomac River and C&O Canal for transportation and commerce. Credit: National Park Service 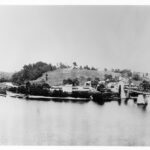 The landscape near Ferry Hill over the years has changed dramatically. Bridgeport, pictured below Ferry Hill, is no longer inhabited and the James Rumsey Bridge has replaced the lockhouse, hotel and fields. Credit: National Park Service 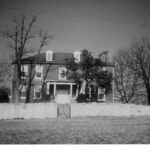 Ferry Hill did not always have the large collonaded portico it has today. The large columns replaced the more humble italianate porch that adorned the front of the 19th century plantation. Credit: National Park Service 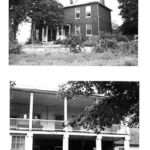 Ferry Hill c. 1945 during the ownership by Beckenbaugh Family, who ran a resturant business in the building. It was not until Frederick W. Morrison took ownership that the major changes including the large two story porch were added to the house. Credit: National Park Service 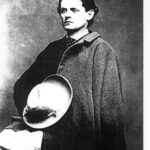 Henry Kyd Douglas grew up at Ferry Hill and later wrote the book “I Rode with Stonewall”, a popular account of his experiences as a Confederate officer under Stonewall Jackson in the Civil War. Credit: National Park Service 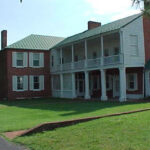 Though only open on weekends in the summer, walk the grounds and enjoy this classic Western Maryland plantation and learn more about its history from the waysides. Credit: National Park Service 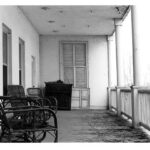 Residents of the stately home would at times escape the heat of summer by sleeping on the second floor porch. Credit: National Park Service 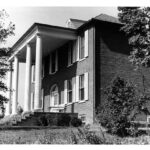 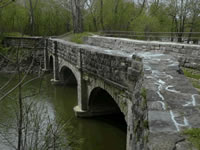 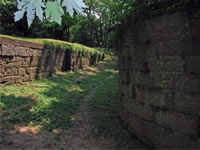