"The view from the top of the mountain is magnificent and will well repay any lover of the grand and beautiful in nature for the exertion necessary to climb to the top of it."

Walking along the old road leading up to Fort Duncan makes me wonder how the Union Army was able to get cannons and caissons up such a steep hill. Where the hillsides had once been bare, now there is a forest. As I reach the top of the hill, I suddenly come up to the edge of the ditch surrounding the parapet of the old Union fort. It is deep and wide. Following the road as it enters the fort on the east side, I wade through hip-high greenery where there was once bare earth. While 150 years ago this place must have been teeming with tension and anticipation as the men stationed here stood watch, today it is a quiet and peaceful place. Trees now serve as silent sentries where guns were once aimed at the surrounding countryside.

The construction of Fort Duncan began in October 1862, shortly after the Battle of Antietam and the surrender of Harpers Ferry to Confederate forces. The mission of the fort was to guard the land surrounding Harpers Ferry and Bolivar Heights, as well as traffic on the Baltimore and Ohio Railroad and Chesapeake and Ohio Canal. Located across from Bolivar Heights, Fort Duncan is the far left flank of the Bernard Line, a series of fortifications along Maryland Heights. Ever vigilant, the only action Fort Duncan saw was a small demonstration following Jubal Early's raid on Washington in 1864.

From Fort Duncan, I have a beautiful and strategic view of the C&O Canal. During the Civil War, the canal found itself on the boundary between two warring nations. It continued to transport coal from Western Maryland to the ports of Georgetown, thus fueling Washington, D.C., and its war effort. However, coal was not the only cargo shipped on the C&O Canal during the war. The Union also transported troops and supplies along the canal. This prompted the Confederate Army to consider the C&O Canal a target and make several attempts to destroy it. Cargo and mules were also stolen by Confederate raiders. Toward the end of the war, the canal company closed the canal to avoid more losses.

Standing at Fort Duncan today, it is hard to believe how much chaos and uncertainty was here 150 years ago. 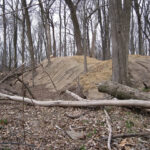 The C & O Canal NHP has worked hard to try and stabilize the earthen parapet walls of Fort Duncan. By removing trees and planting grasses, the mounded dirt used for the walls will be protected from erosion. Credit: C&O Canal National Historical Park 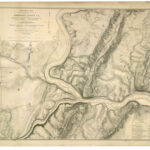 Fort Duncan is situated on Huckleberry Hill across the Potomac River from Bolivar Heights,WV. By July of 1863, the Barnard Line, a series of fortifications, was established to guard Harpers Ferry. Credit: C&O Canal National Historical Park 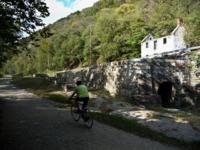 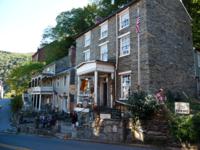 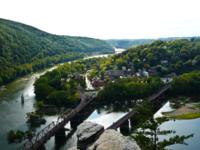 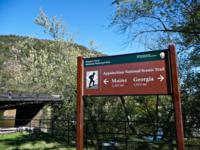 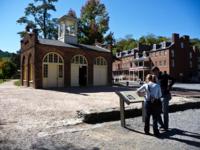 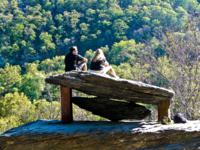