These itineraries, “Canal Towns: In the Shadows of the Civil War,” were developed, in part, with State Funds from the Maryland Heritage Areas Authority, an instrumentality of the State of Maryland. However, the contents and opinions do not necessarily reflect the views or policies of the Maryland Heritage Areas Authority. Photographs were provided by Judy Olsen Photography unless otherwise noted.
Itinerary 1: Sharpsburg Town Visit, Antietam Visitor Center, Newcomer House, Pry House, Ferry Hill

If you have just a half-day or so, this itinerary explores Sharpsburg’s must-see sites related to the Civil War and the C&O Canal.
The Town on the Spring

Begin in the heart of Sharpsburg town (Main St. and Mechanic St.). The Sharpsburg town website has detailed information about the history of the older houses, including contemporary photos. Three different booklets guide you on a walking tour of the town’s hospitals and shelters during the Civil war, old stone houses (all private property), and churches. For $5 each, booklets are available from the Sharpsburg Historical Society or at Captain Benders Tavern (113 East Main St.). If you like, arrange a guided walking tour through the historical society (Town Hall, 106 E. Main, upstairs from the library), which also has family history information, artifacts, old journals, and the complete set of Garnet Jex’s works (50 paintings): “The Upper Potomac in the Civil War.”
Some of the buildings date to the late 18th century, or at least portions of them do. Several are early 19th century, and many of them were makeshift hospitals for wounded and dying soldiers following the Battle of Antietam. The walking tour booklets offer detailed history of the buildings and their owners, as well as interesting anecdotes.
One building on the tour includes Tolson’s Chapel (111 E. High St.; open by appt.) In April 1868, the chapel doubled as a new Freedmen’s Bureau school, serving as many as 25 African American students; 12 had been slaves only 4 years earlier. Schooling for freed African American children continued in the chapel as part of the Washington County School system until the Sharpsburg Colored School was built in 1899.  The “new” school building (now a private residence) stands at the corner of High and Church streets.
In September, enjoy the annual Sharpsburg Heritage Festival, featuring food, artists, craftmakers, re-enactments, and walking tours of town (2nd weekend after Labor Day). View the online events calendar for more about what’s happening in Sharpsburg.
From town center, head east on Main St. to one block east of Church St. (south side). Here once stood the original Lutheran church, which was damaged during the Battle of Antietam. The church building suffered more afterward when the wounded were nursed here. The congregation decided to sell the building logs and rebuild elsewhere; a fence now outlines the original foundation. You can read more about the church in the booklet from the Sharpsburg Historical Society (“The Hospitals & Shelters of Sharpsburg”).
Another block up E. Main St. is the town cemetery, Mountain View, where Sharpsburg founder Joseph Chapline is buried. Across the street (south side), Antietam National Cemetery was founded in 1867 for Union soldiers. Confederate soldiers were denied burial here, leading to the creation of Washington Confederate Cemetery in Hagerstown. The statue of “Old Simon,” a Union infantryman, gazes toward the North. Weighing 250 tons, Simon was brought from Pennsylvania in two pieces. On the way, his top half plunged into the Potomac River in Washington, D.C., but he was saved and finished his journey up the C&O Canal.
Continue heading east on Main St./Shepherdstown Pike/MD 34 toward Boonsboro. About 0.5 mile east of Sharpsburg the Newcomer House is home to the Heart of the Civil War Heritage Area Welcome and Exhibit Center (north side of the road). Three main rooms in the 1830’s farm house feature exhibits about Civil War battles in Washington, Carroll, and Frederick counties. Themes include the battles, the home front, and beyond the battlefields (weekends only April and November, 11 am–5 pm; Daily May–October, 11 am–5 pm). If you skip the battlefield visitor center, at least stop here.

Heading west from Sharpsburg town center (toward the Potomac River), stop to see the site were Gen. Lee pitched his headquarters tent during the Antietam Campaign. You’ll find a marker  in some trees (south side of the road) just west of where the elementary school now stands. Limited parking is available along the shoulder.
Keep heading west, and just beyond the curve in the road you will see the old Antietam Train Station on your right. Moved from its original location, the station houses a model train exhibit managed by the Hagerstown Model Railroad Museum. Contact the museum for opening dates.
If you’re following the Civil War Trails markers, farther west on Shepherdstown Pike/MD 34 pull into the small parking lot at Grove farm on the south side of the road (just beyond the train station). Union forces camped around the farm during and after the Antietam Campaign. A few weeks after the battle, President Lincoln met Gen. George McClellan here and visited with wounded soldiers—both Federals and Rebels—hospitalized in the farm buildings. A month later, Lincoln relieved McClellan of his duties.

Continue another 1.6 miles west to Ferry Hill (north side of MD 34) for an introduction to the Chesapeake & Ohio Canal National Historic Park. The visitor center was renovated in 2012 and includes new exhibits depicting the house’s history, Henry Kyd Douglas (who lived here), and the canal and surrounding communities, including a hands-on area for children (weekends, 12–4 pm, Memorial Day–Labor Day). See the other Sharpsburg itineraries for more information about exploring the C&O Canal Towpath.
The Bloodiest Day
At dawn on September 17, 1862, Union and Confederate troops began exchanging fire across the farm fields, woodlands, and stream bottoms around Sharpsburg. Nearly 12 hours after it began, the Battle of Antietam was over, claiming 23,000 dead, missing, and wounded, and dubbing the engagement as the Civil War’s bloodiest day. Five days later President Lincoln issued a draft of the Emancipation Proclamation.

If you don’t have time to drive around the Antietam National Battlefield, at least stop by the visitor center (Labor Day–Memorial Day, 8:30 am–5 pm; Memorial Day–Labor Day, 8:30 am–6 pm; fee). Check the National Park Service website for special events that take place throughout the year. Particularly moving is the Memorial Illumination (1st Sat. in Dec.), during which 23,000 luminaries line the roads in memory of the fallen.
You may also want to visit the Pry House Field Hospital Museum (18906 Shepherdstown Pike/MD 34). Learn how doctors dealt with the sometimes gruesome task of treating the battle wounded. The house was also the headquarters of both Gen. McClellan and medical director Dr. Jonathan Letterman during the Battle of Antietam. Open daily, 11 am–5 pm, Memorial Day weekend–October; weekends only, May & November, 11 am–5 pm. $2 suggested donation. 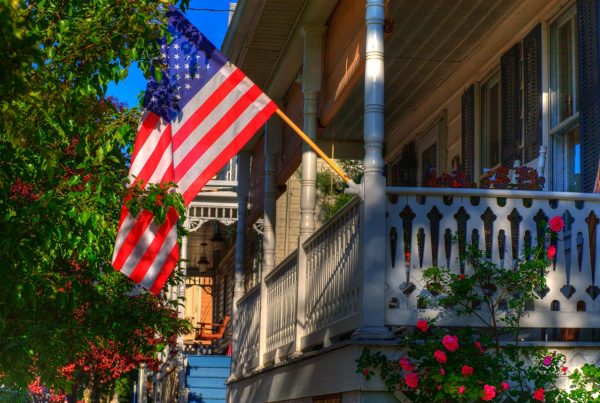 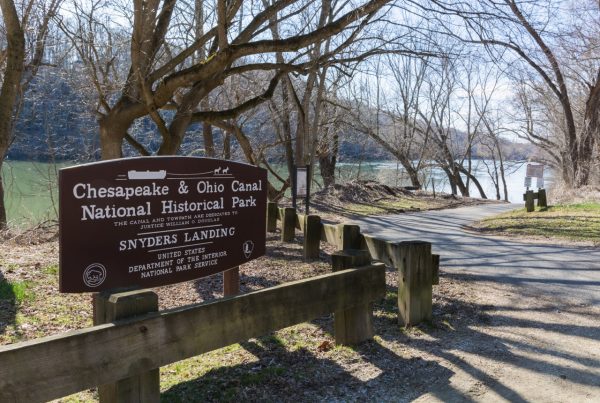 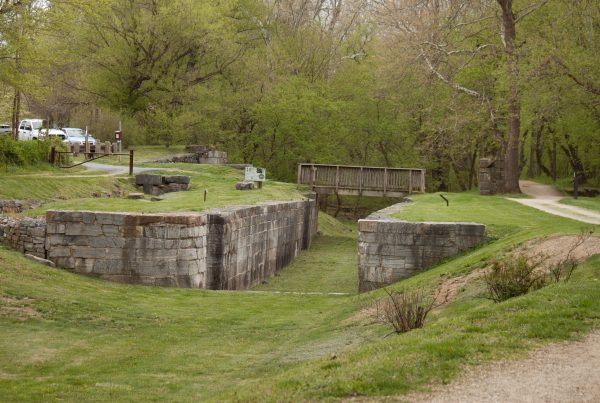 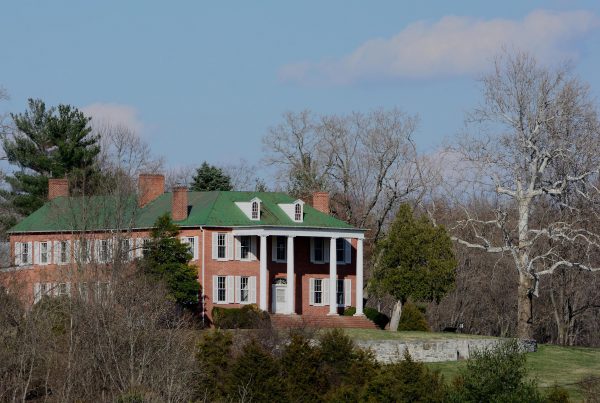 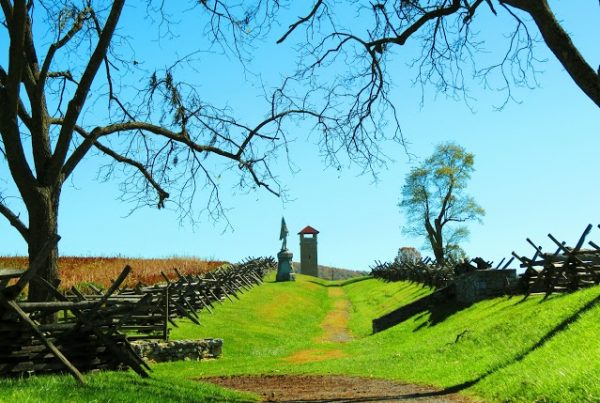 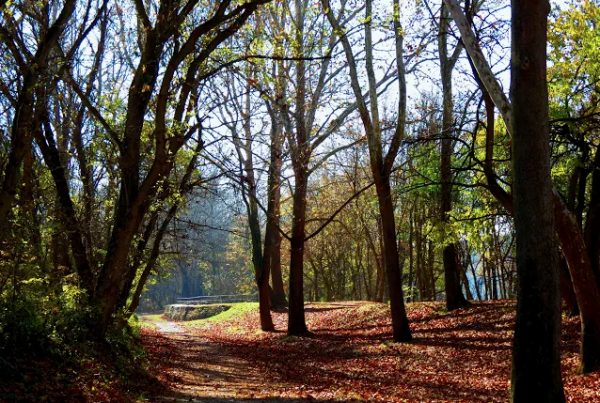 Antietam Creek and Aqueduct (CW)
Be the first to know about C&O news, projects, and events! Sign Up Now