Spring Ephemerals on the C&O Canal 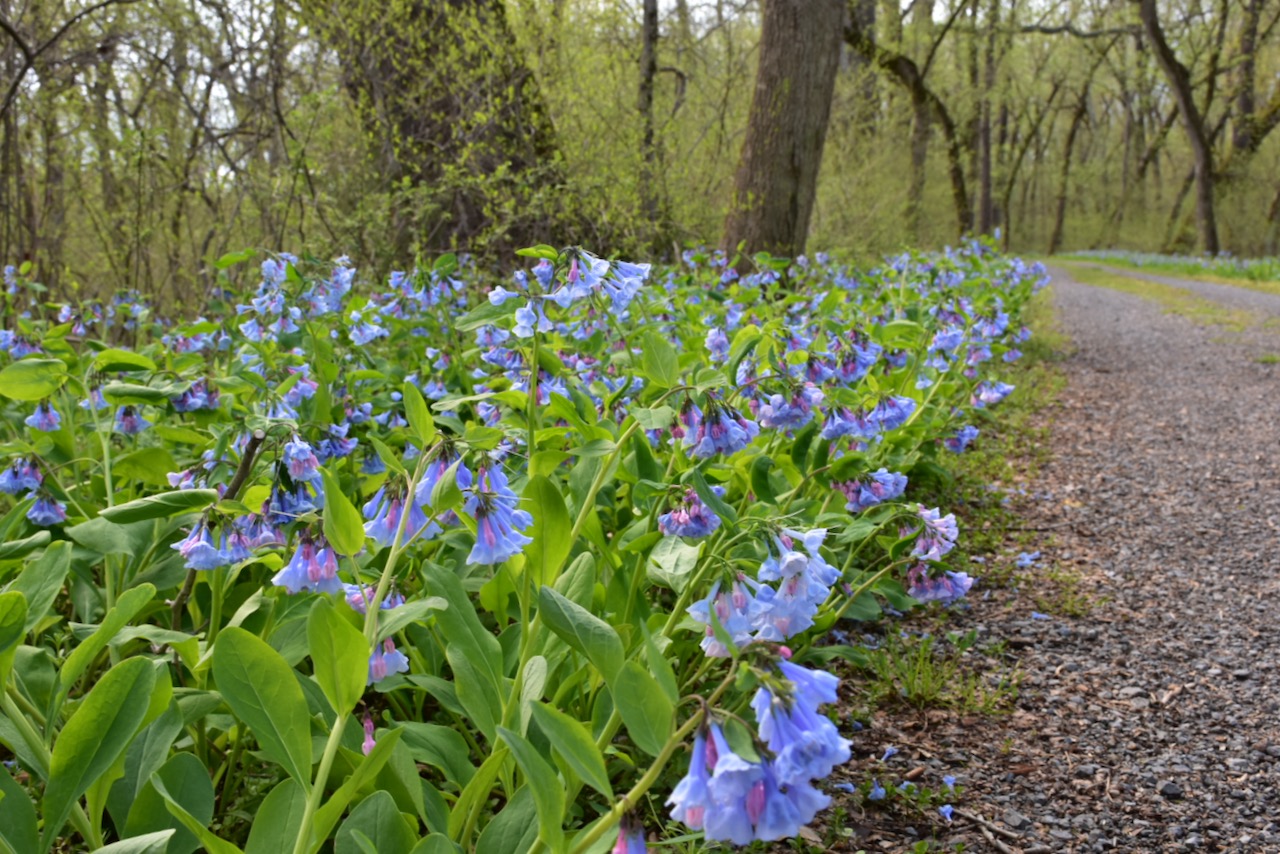 Bluebells along C&O Near Lock 51 by Cathy Hoyt

Spring is a beautiful time of year to explore the C&O Canal National Historical Park. As nature begins to awaken from its winter slumber, I find my eyes are no longer drawn upward to the tops of the majestic white sycamore trees along the river’s edge, but instead downward to the wildflowers at the towpath’s edge. Spring ephemerals are like Mother Nature’s announcement that spring has arrived, and their cyclical appearance reminds me of the rhythms of the earth and the promise of warmer days ahead.

One of the first spring ephemerals I typically spot along the towpath are dutchman’s breeches (Dicentra cucullaria). The dainty white blossoms of these woodland perennials, which resemble a pair of pantaloons hanging upside down, are my signal to be on the lookout for other wildflowers. Squirrel corn (Dicentra canadensis), in the same family, seems to follow and bloom soon after. It is very similar to dutchman’s breeches, but has heart-shaped blossoms with a pink and sometimes lavender tint to them. The name comes from the resemblance of the plant’s root tubers to corn kernels and the fact that squirrels and other small animals are often responsible for digging up and spreading the roots. 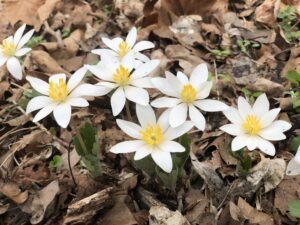 Bloodroot (Sanguinaria canadensis) and spring beauty (Claytonia virginica) also appear in the early days of spring along the towpath. Bloodroot flowers only last for a few days and on cold days, the petals stay closed, like they also do at night. When the petals are fully open, bloodroot flowers are quite lovely with their solitary flower and the contrast of the golden-orange center against the white petals. The unique lobed leaves of the bloodroot plant often catch my attention long after the blooms have gone away. The name is derived from the red juice in the underground part of the plant’s stem that was used by Native Americans as a dye for baskets, clothing, and war paint, as well as for insect repellant. 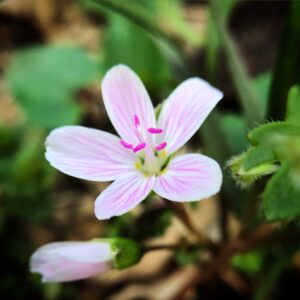 Spring beauty is abundant in large patches along the towpath. The petals of this petite woodland perennial are white with very fine pink stripes that vary from light pink to bright pink. Sometimes they’re so faint that the flowers look almost entirely white and other times the vibrant hot pink is impossible to miss. Spring beauty has blooms that last about a month.

It’s impossible to talk about spring ephemerals along the C&O Canal without mentioning bluebells (Mertensia virginica). Bluebell season is one of the most anticipated times of year in the Park, waiting for the beautiful blooms that range in color from white to pink to shades of periwinkle. I’m drawn to the bell-shaped, tubular flowers and I love discovering bluebell alleys along the towpath, when there are large swaths of bluebells in bloom on both sides of the towpath. Once I was standing in such a space, enjoying the beauty of the bluebells when a hummingbird make a brief appearance, attracted to the fragrance of the bluebells. 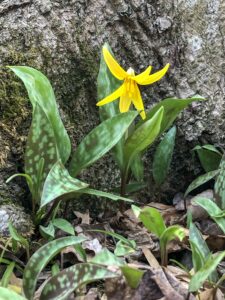 Yellow trout lily (Erythronium americanum) reminds me of origami with its unusual and intricate-shaped, nodding blooms. I think the blooms are prettiest when they’re just starting to open and I’ve learned to notice the spotted leaves of the plant long before the blooms even appear. It grows in large patches along the towpath and sometimes I’ll spot a few white trout lily among the yellow ones. Trout lily tends to bloom a little later in the spring season and can last well into May.

These are just a few of the most common spring ephemerals that bloom throughout the C&O Canal National Historical Park. There are many more. Do you have a favorite? Is there a particular one that signals the arrival of spring to you?